A dream destination, hidden in the Pacific, away from everything, lie the beautiful Fiji Islands. Fijians are considered one of the friendliest people on Earth and with good reason. They smile, sing and dance and do all that in Fiji time, which means relaxed, chilled out, no rush mode.

My flight from Singapore landed in Nadi at 5 am and even at that early hour of the day there were two Fijians playing the guitar and singing their cheerful welcoming song followed by a big “Bula” , which means hello, welcome.

Most international flights would land in Nadi, hence a stopover there usually occurs. My stopover lasted for two days, which is a rather long time in Nadi, but I decided traveling Fiji time.

As welcoming view I watched a sunrise like this. 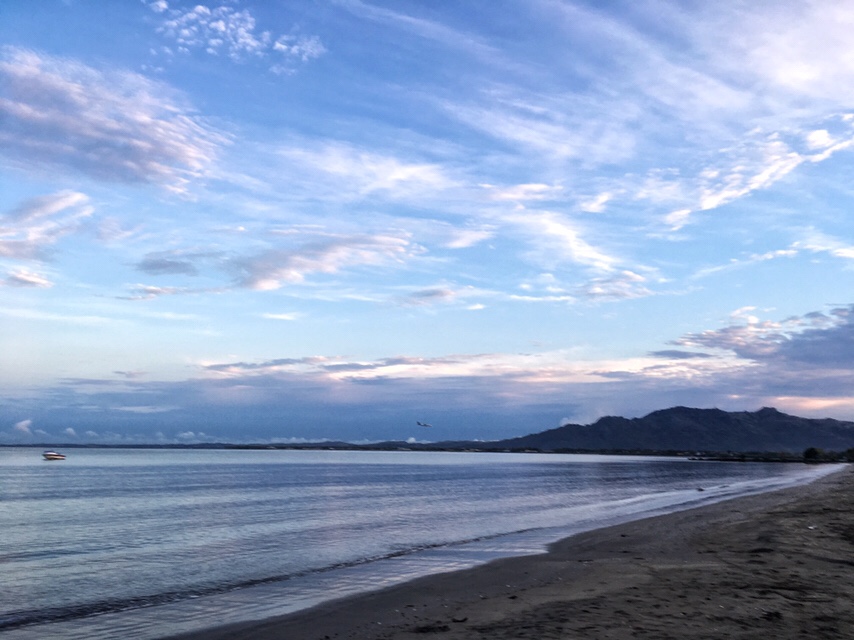 And the very same day, a sunset like this. 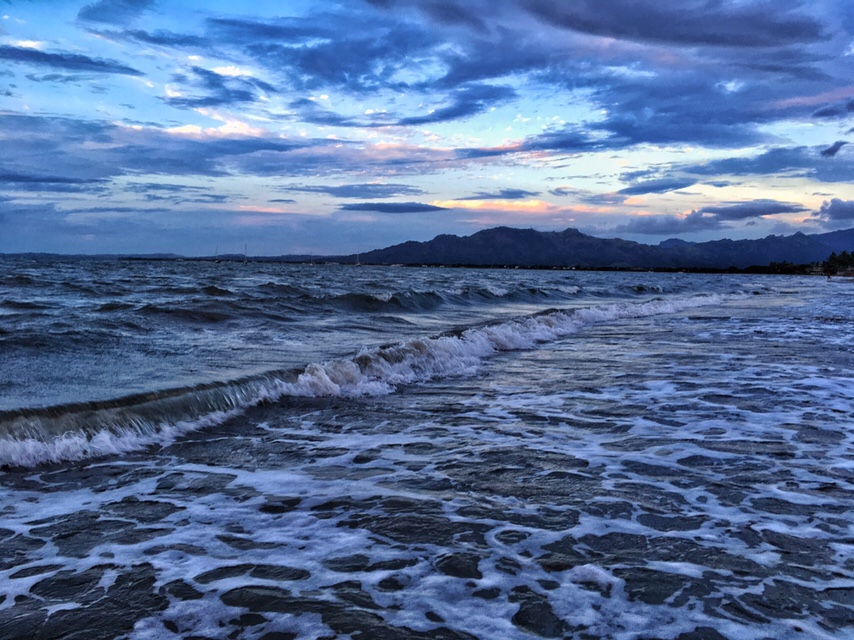 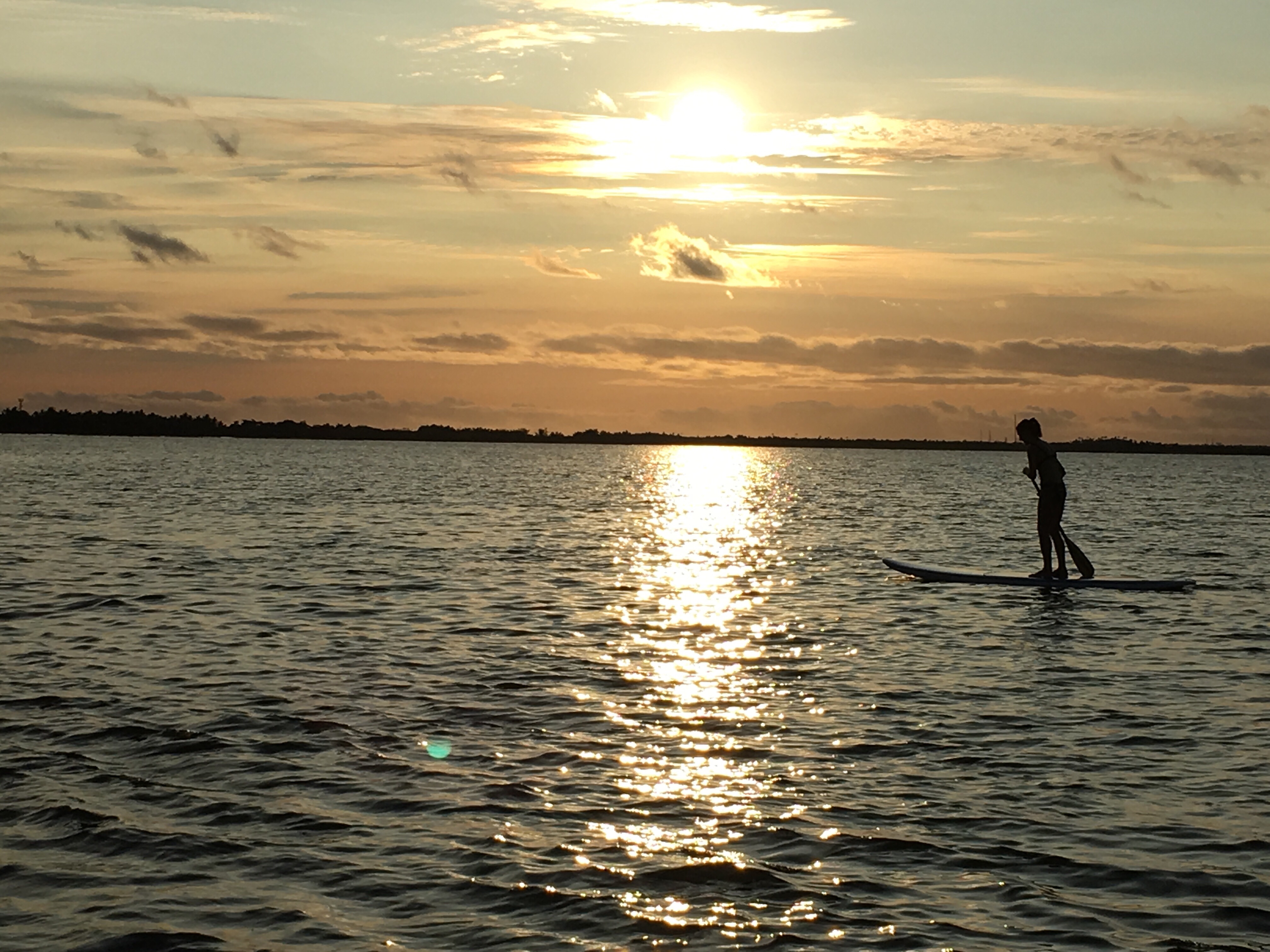 But if you spend some time in Nadi the town must be checked out too. Taking the local bus is already an adventure in itself , don’t even bother stressing about the fact that it doesn’t come according to the schedule.

Nadi Town is small and quite compact, filled with many shops and some restaurants and cafes.

There are some markets and many handcraft items are sold at every step, all the sellers trying to give you a more and more convincing line, just to get you to buy something. It’s very common that they will start telling you their whole life stories and fill you in with way more information that you’d need to know. All this while having enormous smiles on their faces and being warm and friendly, as they know very well how to be so.

Nadi may not be the safest town, but I never felt unsafe either. There is a fair number of tourists and you can easily spot them because we do stand out between all the Fijians. 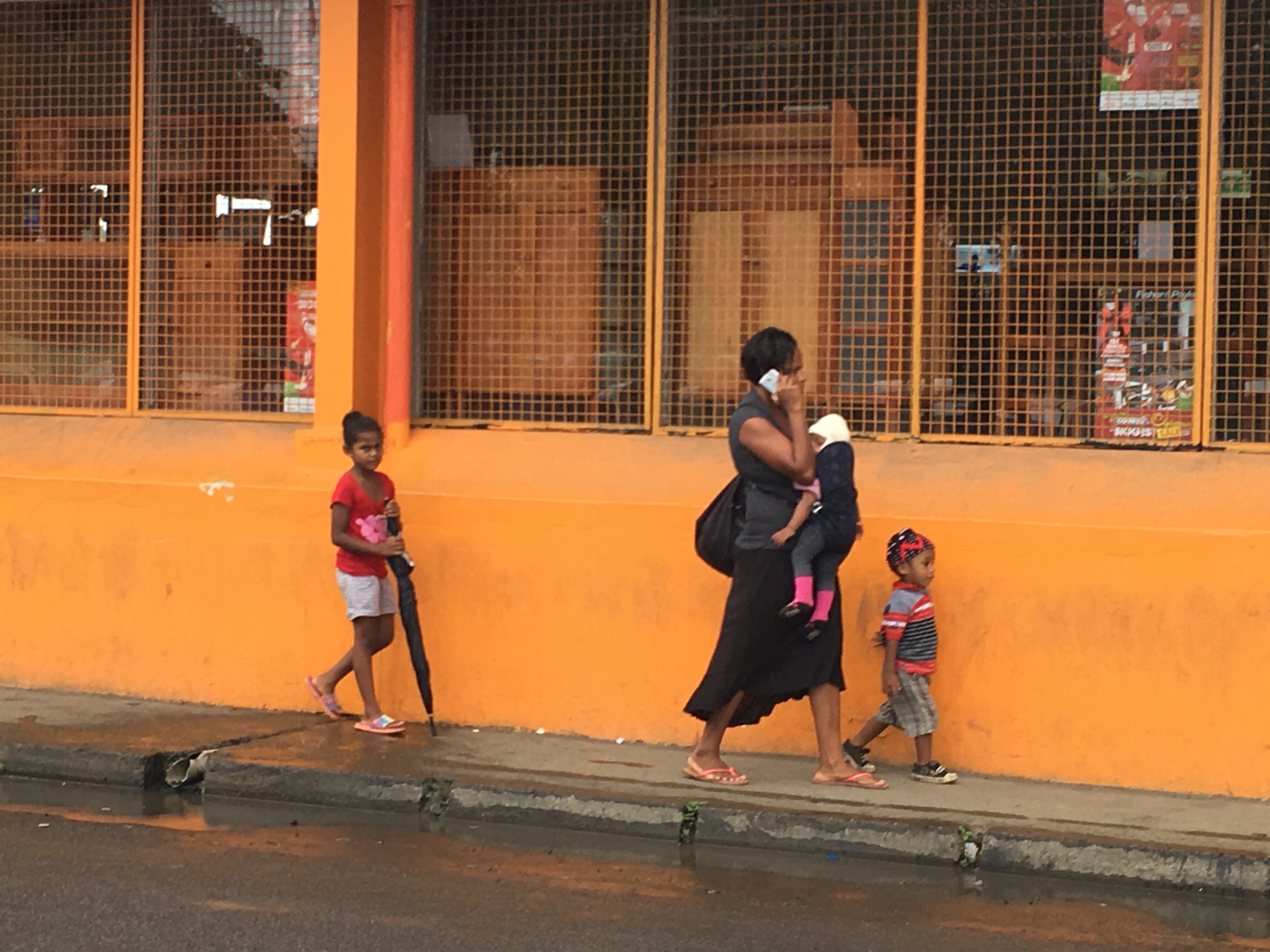 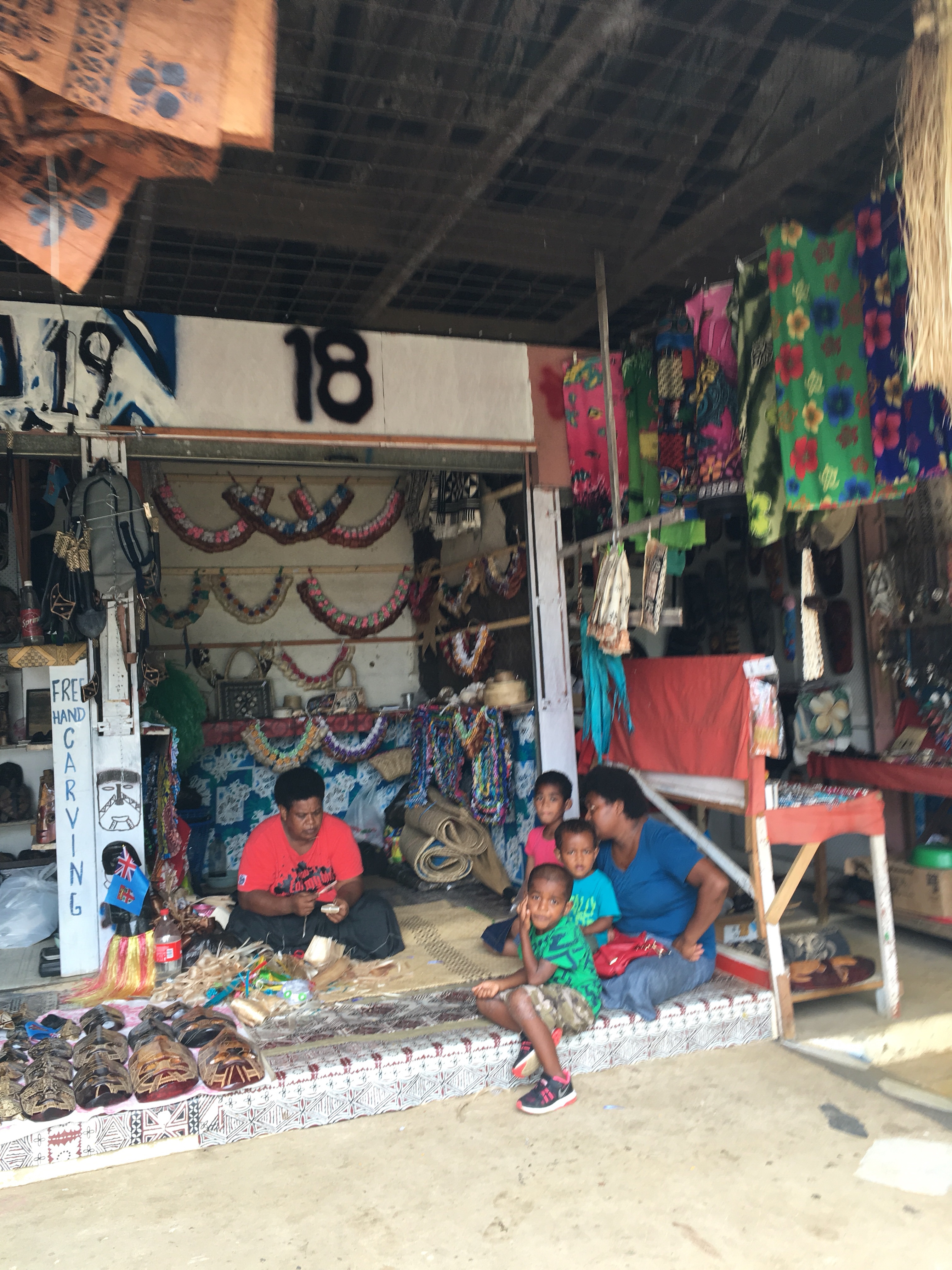 Nadi is the starting point of the island hopping, ferries departing from Port Denarau and cruising up to the Mamanucas and further up north to the Yasawas.

Bounty Island is the second stop on the Yasawa Flyer and in 30 min cruising it already lies in front of our eyes. It’s a small island, in 20 min I walked it all around, but it’s pretty, cosy and filled with friendly Fijians at the only resort on the island, called Bounty Island Resort.

As at the airport, also here they sing to you when you arrive and they certainly not forget to sing you when you depart either. 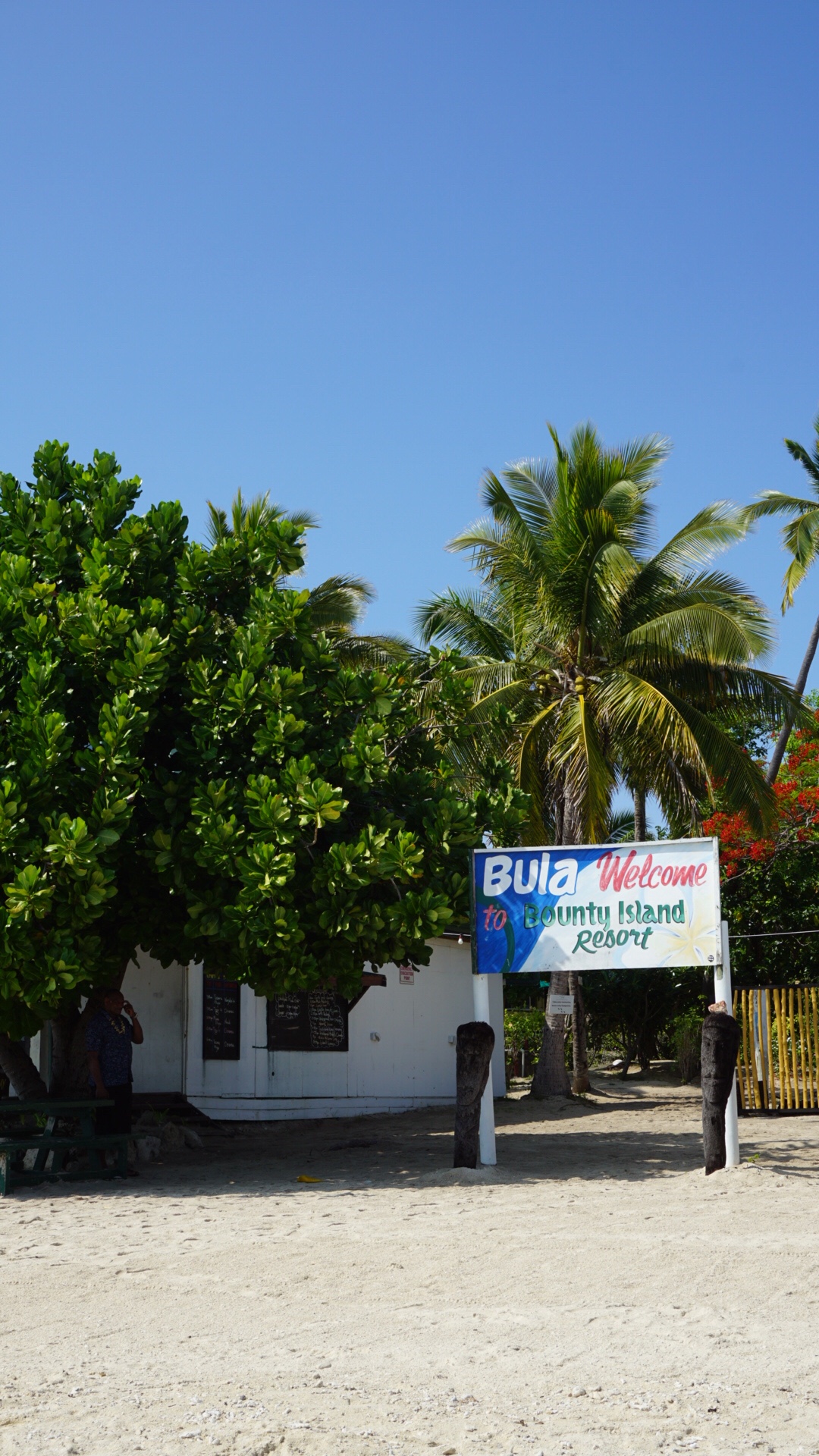 The typical activities that happen are snorkeling, stand up paddle boarding , sunbathing and swimming and also the famous Kava ceremony.

Kava is for Fijians the most significant drink, they offer it with important occasions and so they do without any specific occasion too. They make it from the kava plant and it basically looks like dirty water. The taste is not very appealing either, but it’s not unpleasant. It’s nonalcoholic, but it does make you so relaxed after a few cups, that some people were literally falling asleep while sitting.

Bounty island is quiet and relaxing, the views are beautiful on sunny days. 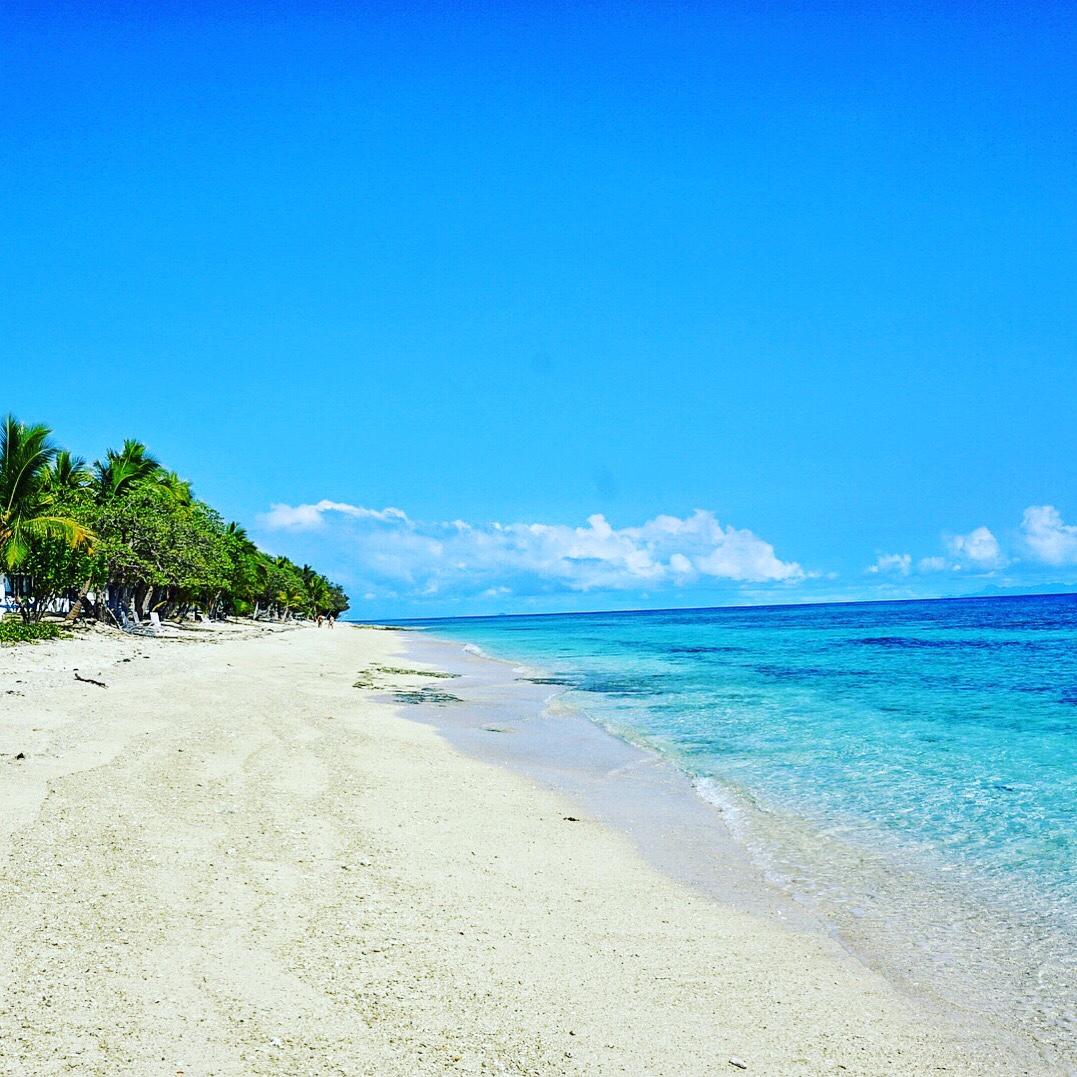 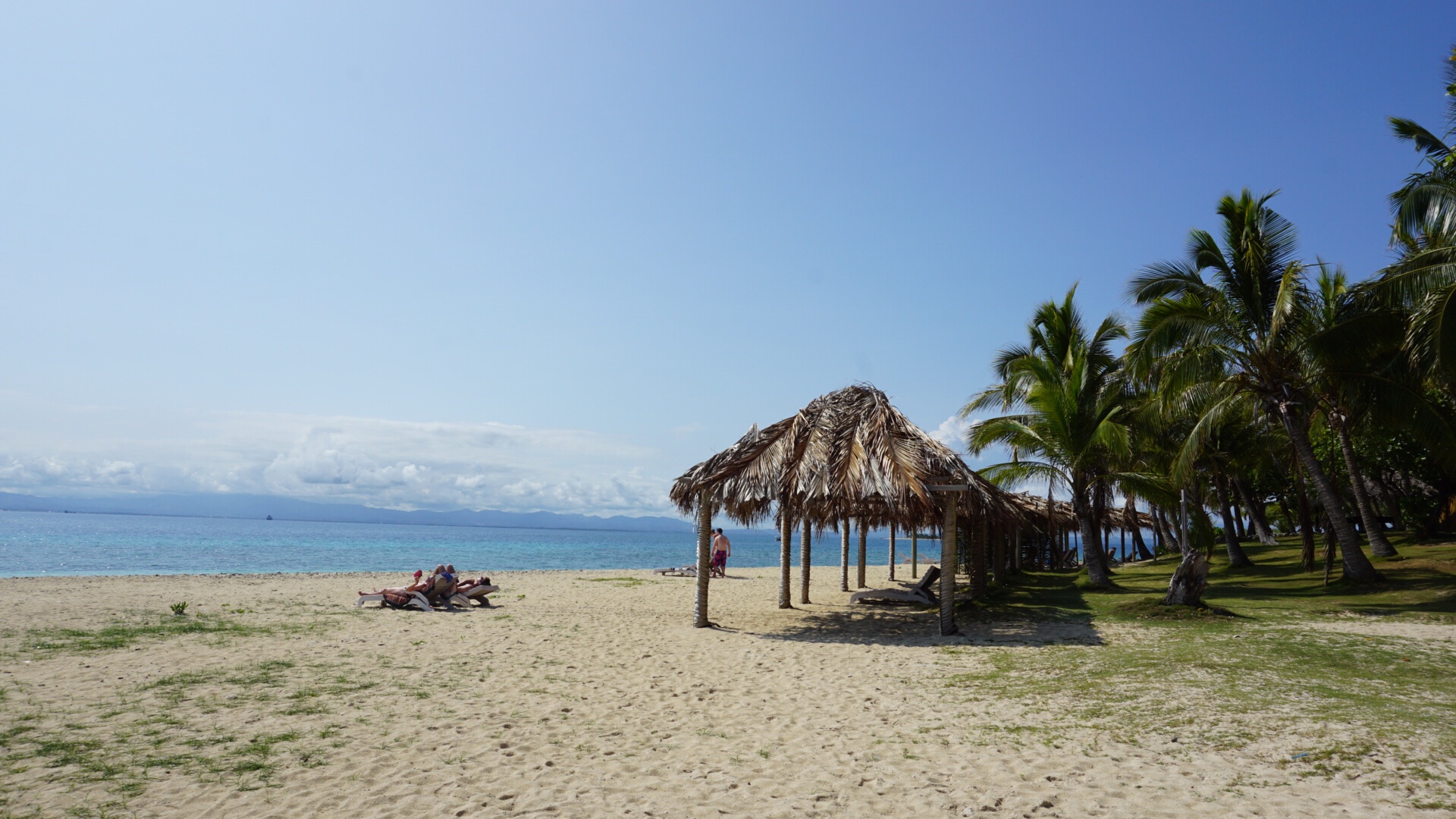 It’s name represents the mantarays that can be seen in the season. It’s a bigger island, with a more vibrant atmosphere than Bounty and with another group of super friendly Fijian staff at the resort.

Besides the usual kava ceremony they do typical local dances for the public, where you are invited to join in and great fun is guaranteed. 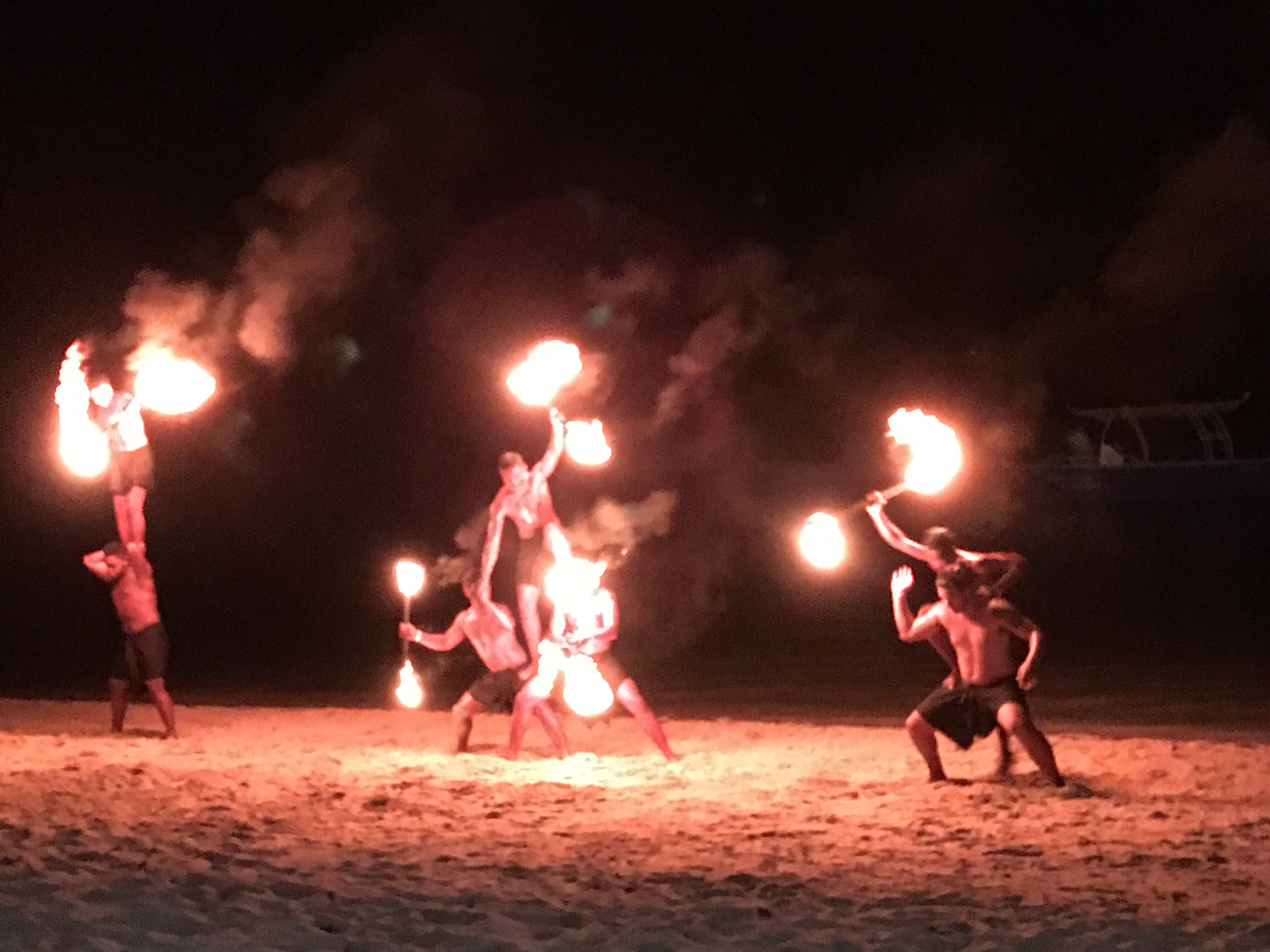 From Mantaray a few hours trip is a must do and includes hiking and snorkeling. 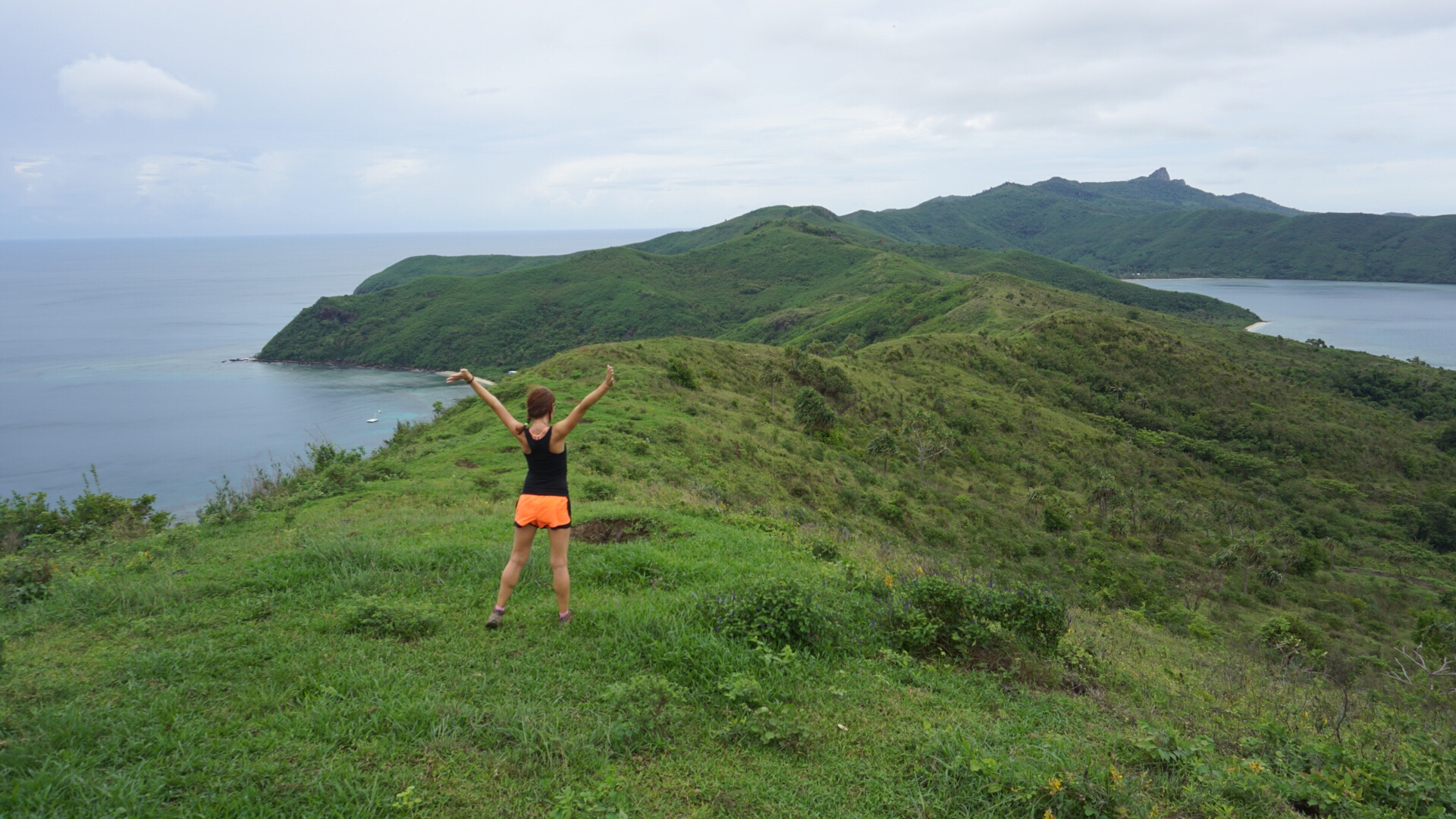 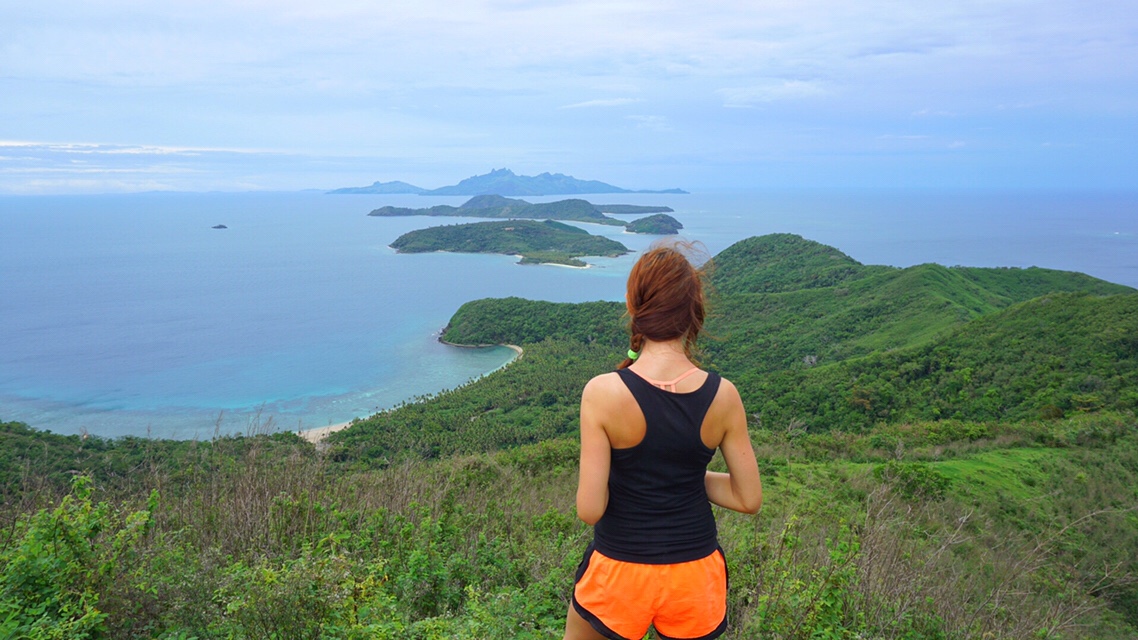 Stunning views, fun and entertaining guides and most likely an adventurous half day is part of the deal.

Switching back to the mainland, 3 hours away from Nadi is Suva, the nations capitol. Not an impressive city, rather a bit dodgy town, Suva is less touristy than Nadi and feels a bit less safe too. 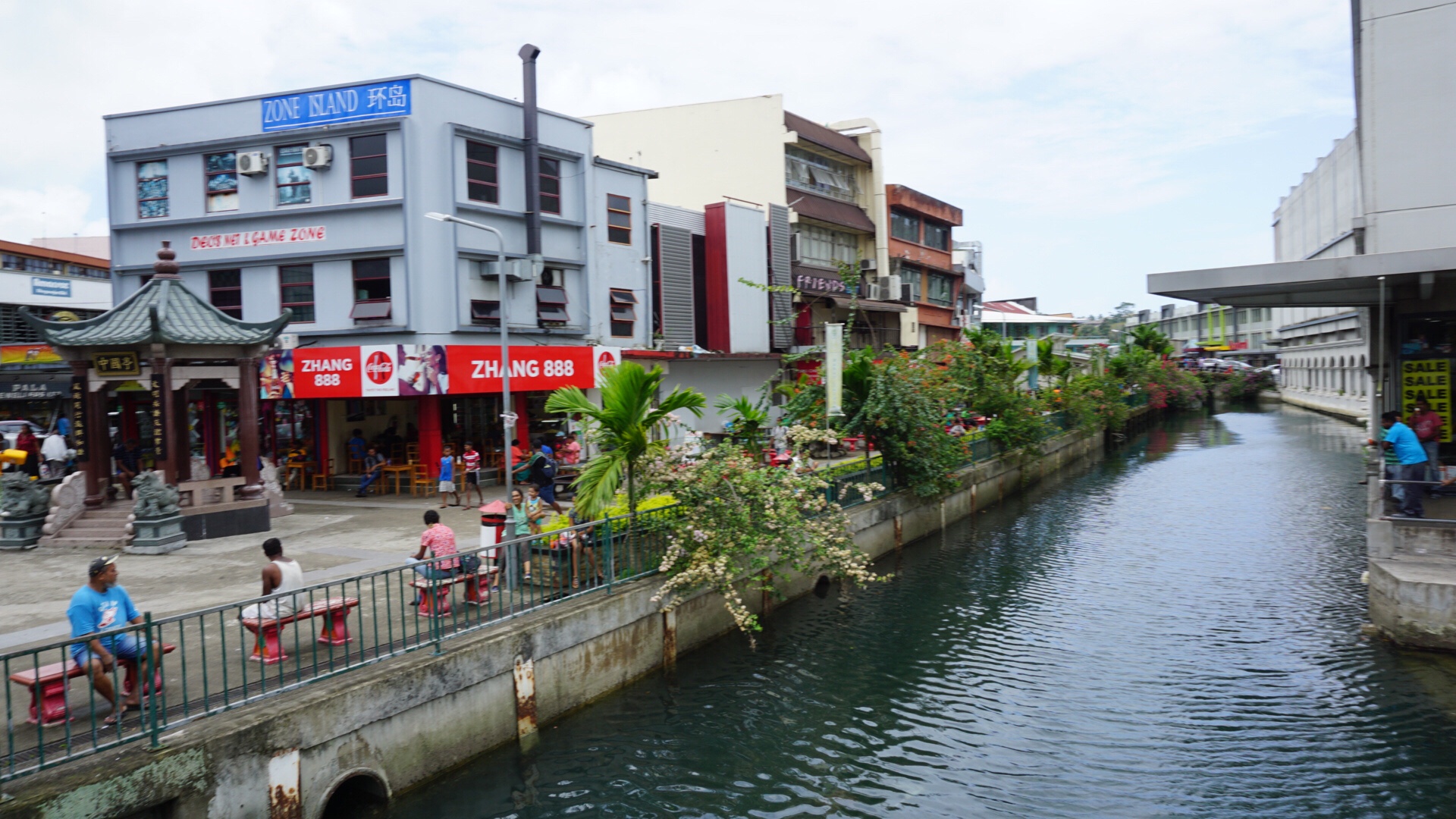 My favorite place in Fiji, the Beachhouse is on the beautiful coral coast and it’s one of those places where you go and you get stuck.

A decent beach, hammocks to relax, great people and in general a wonderful vibe. 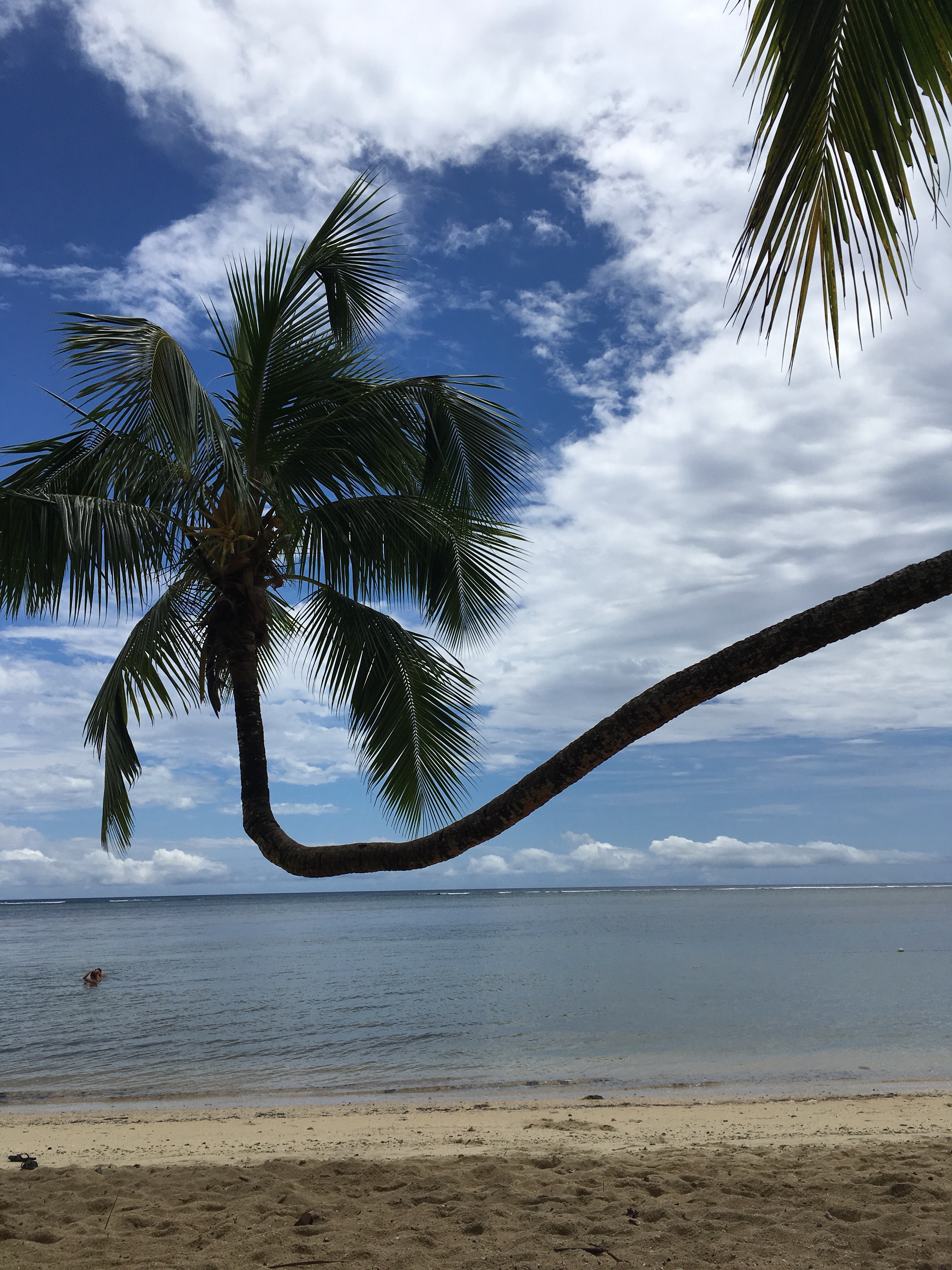 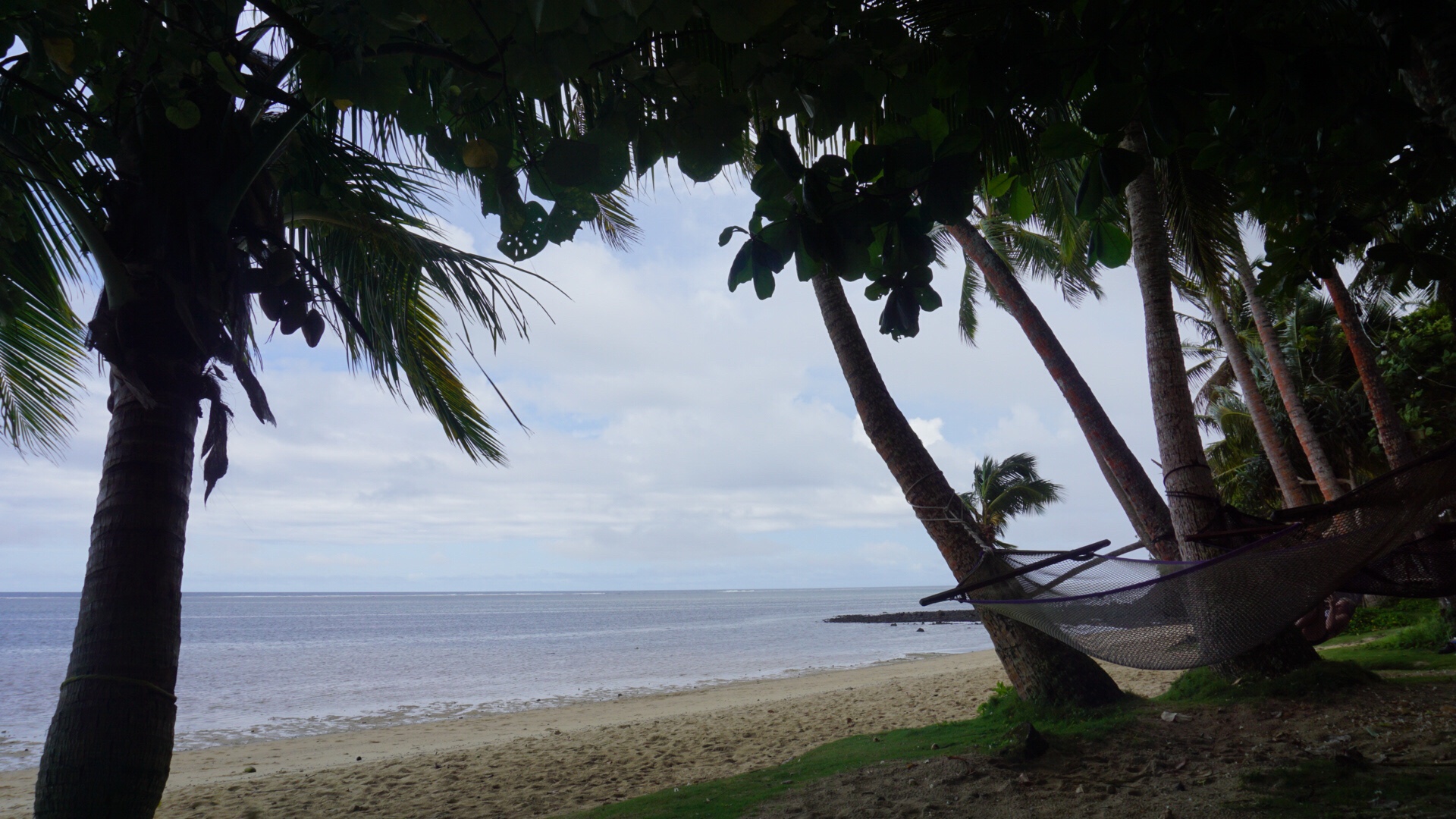 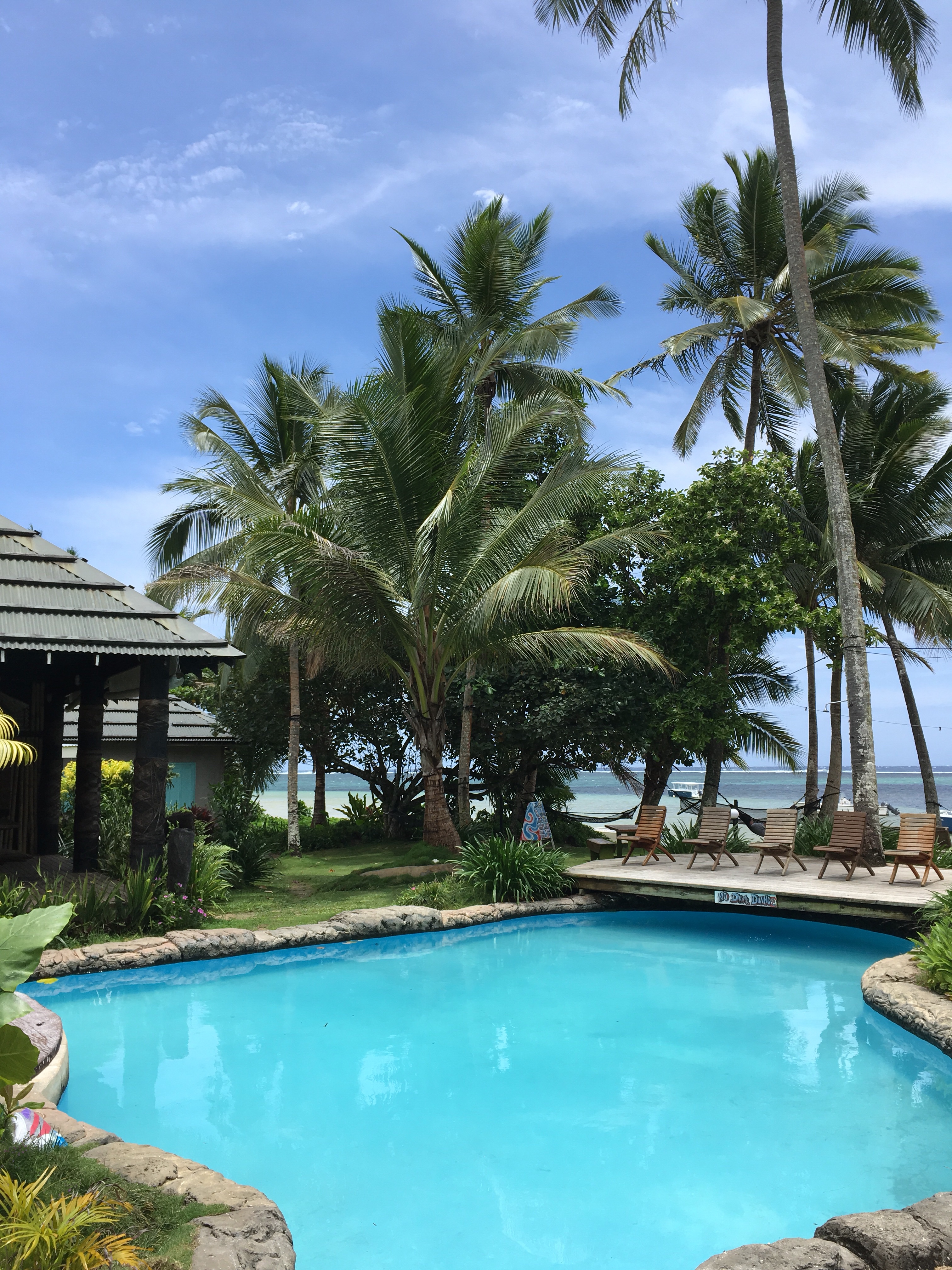 A few hours I spent doing a bush walk with some fellow travelers and our only 18 years old Fijian guide. In our way we passed a friendly fijian families home and stopped for a chat. 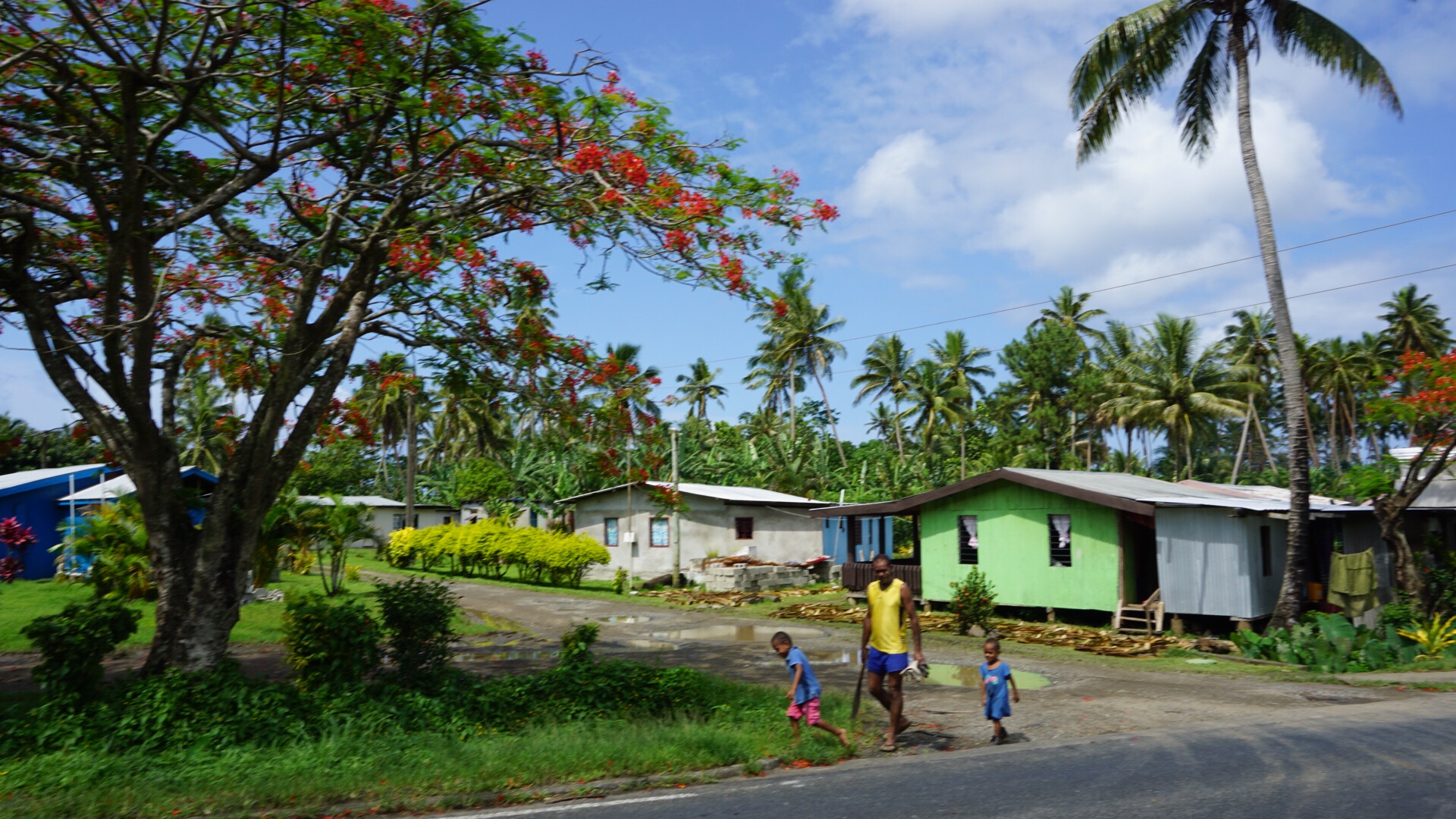 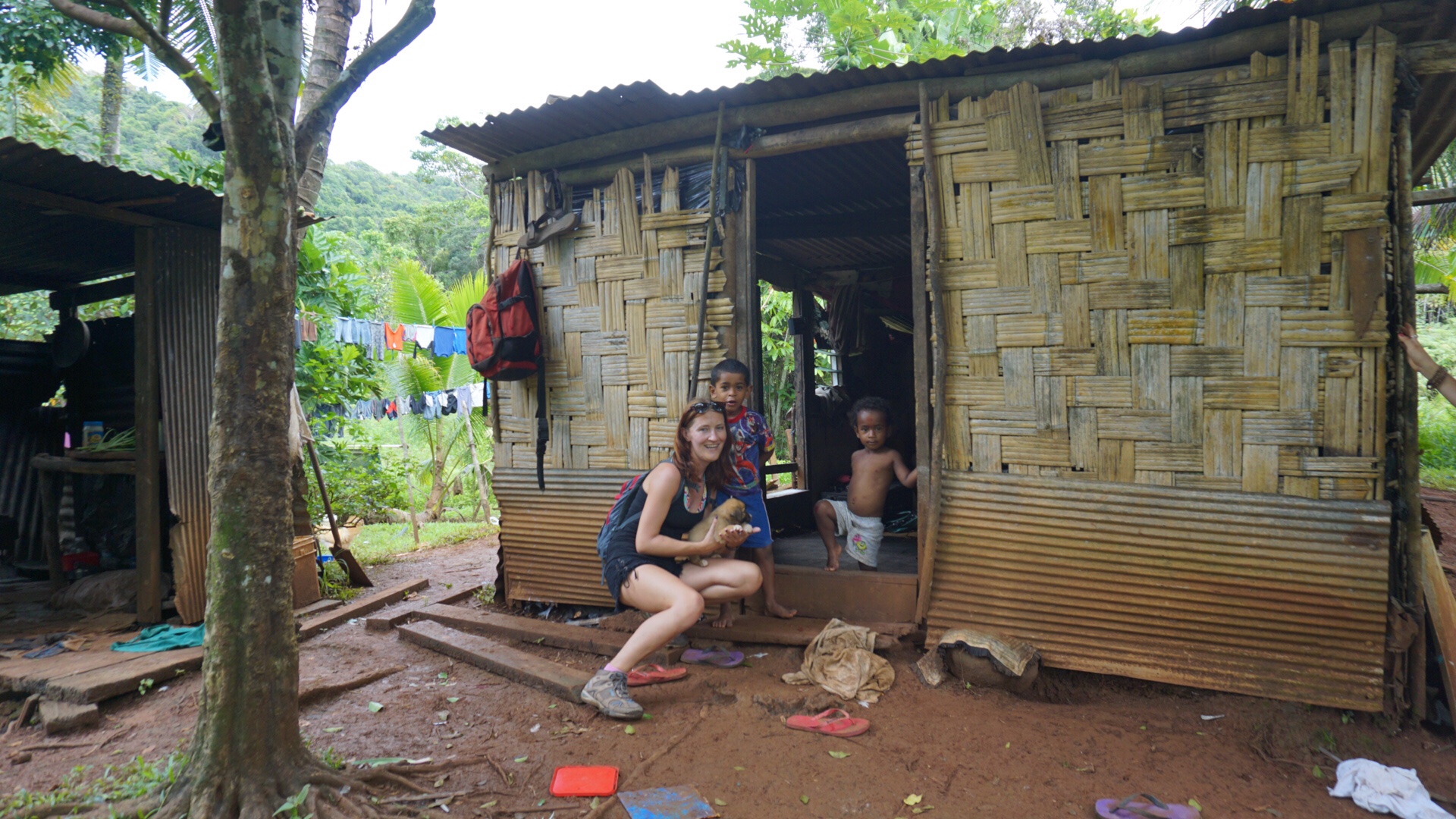 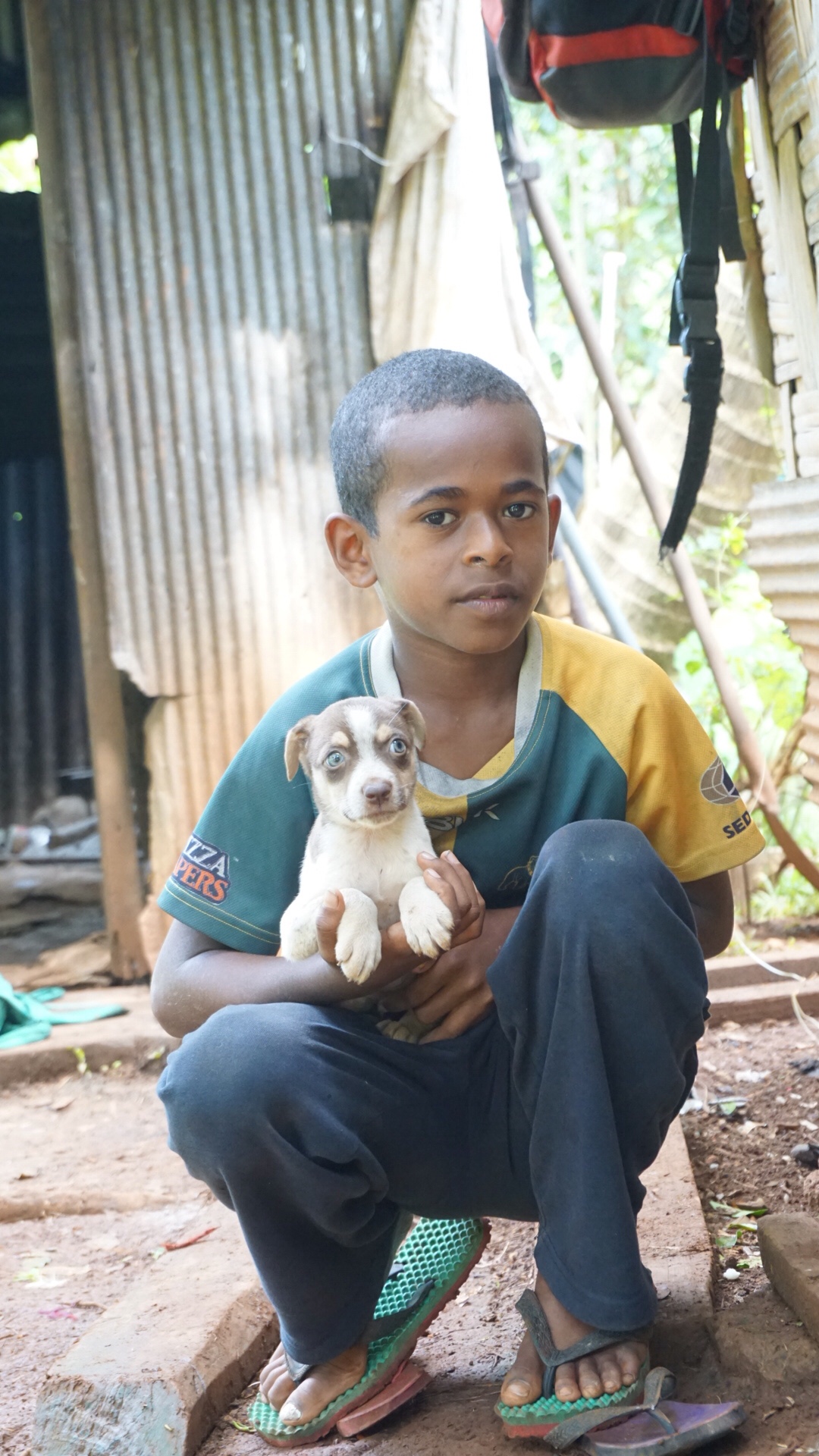 These friendly, relaxed and positive people live in poor conditions, yet they are so much at ease with life that it gives us an example.

The Beachhouse was supposed to be my home only for 3 nights, but I enjoyed it so much that after several extensions it turns out that I spent 7 nights there and it felt that I could do even longer.

Every type of traveler will find an activity that suits them, whether the swing, the table soccer, stand up paddle boarding or the sunset watching. 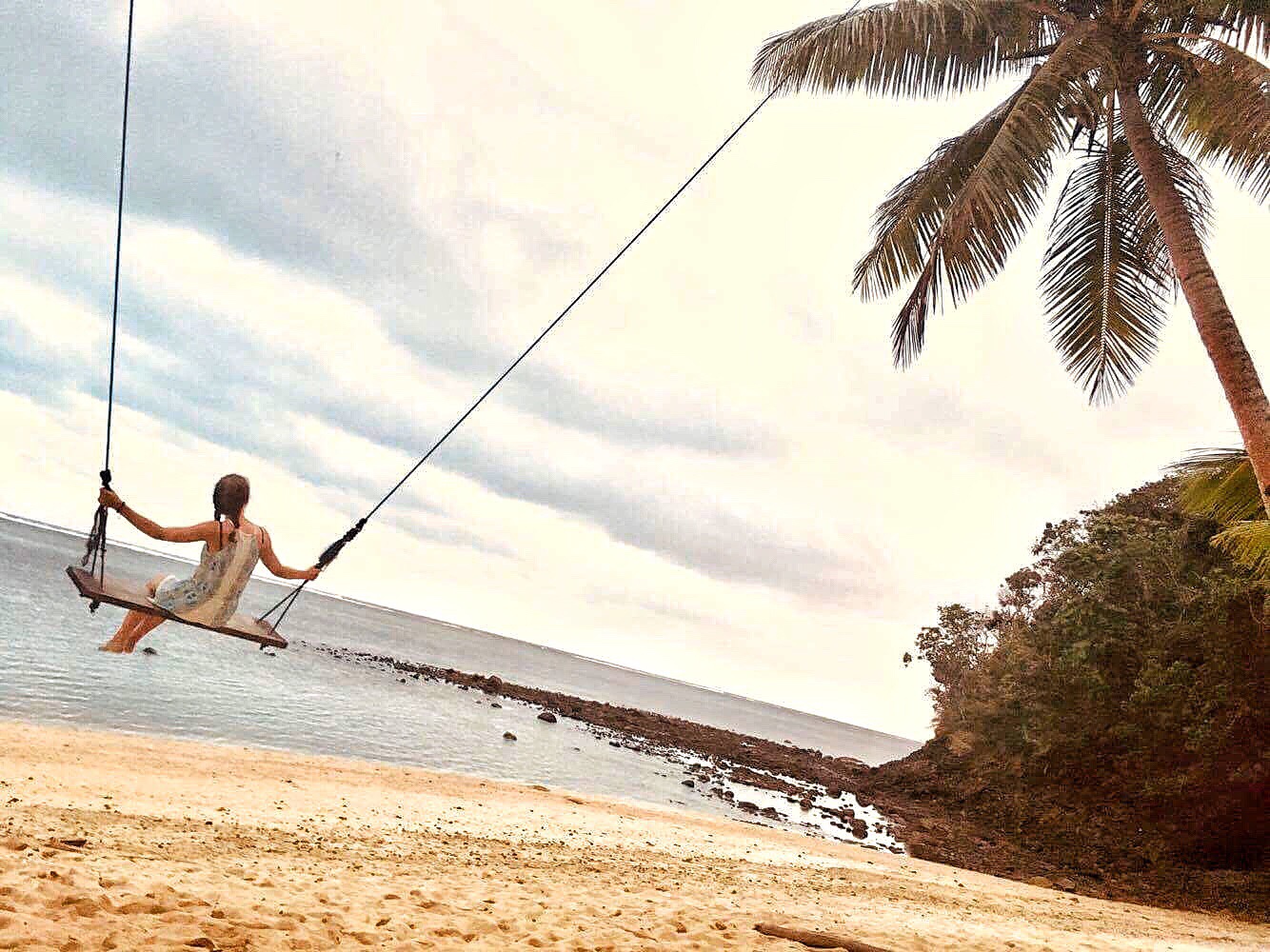 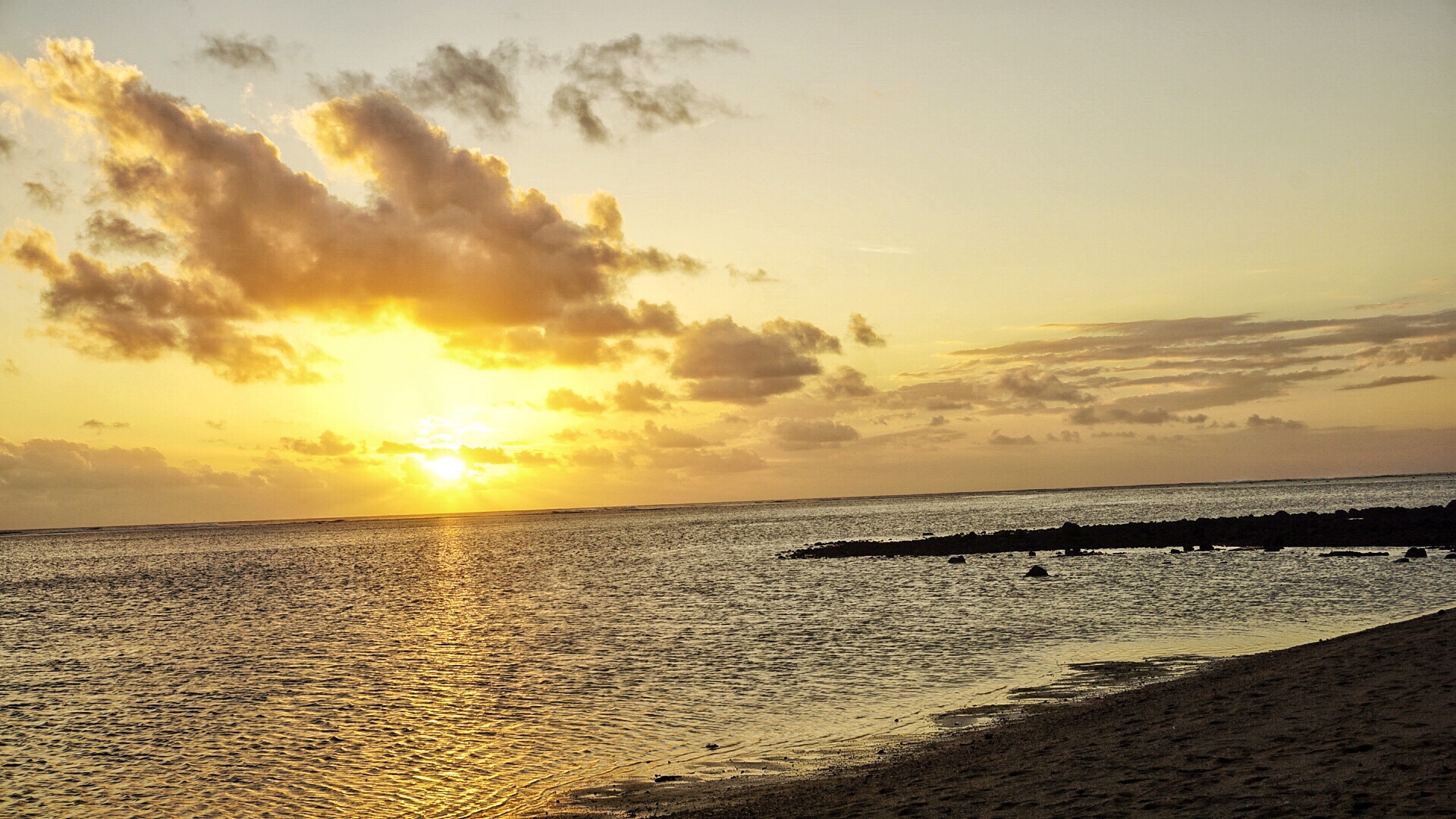 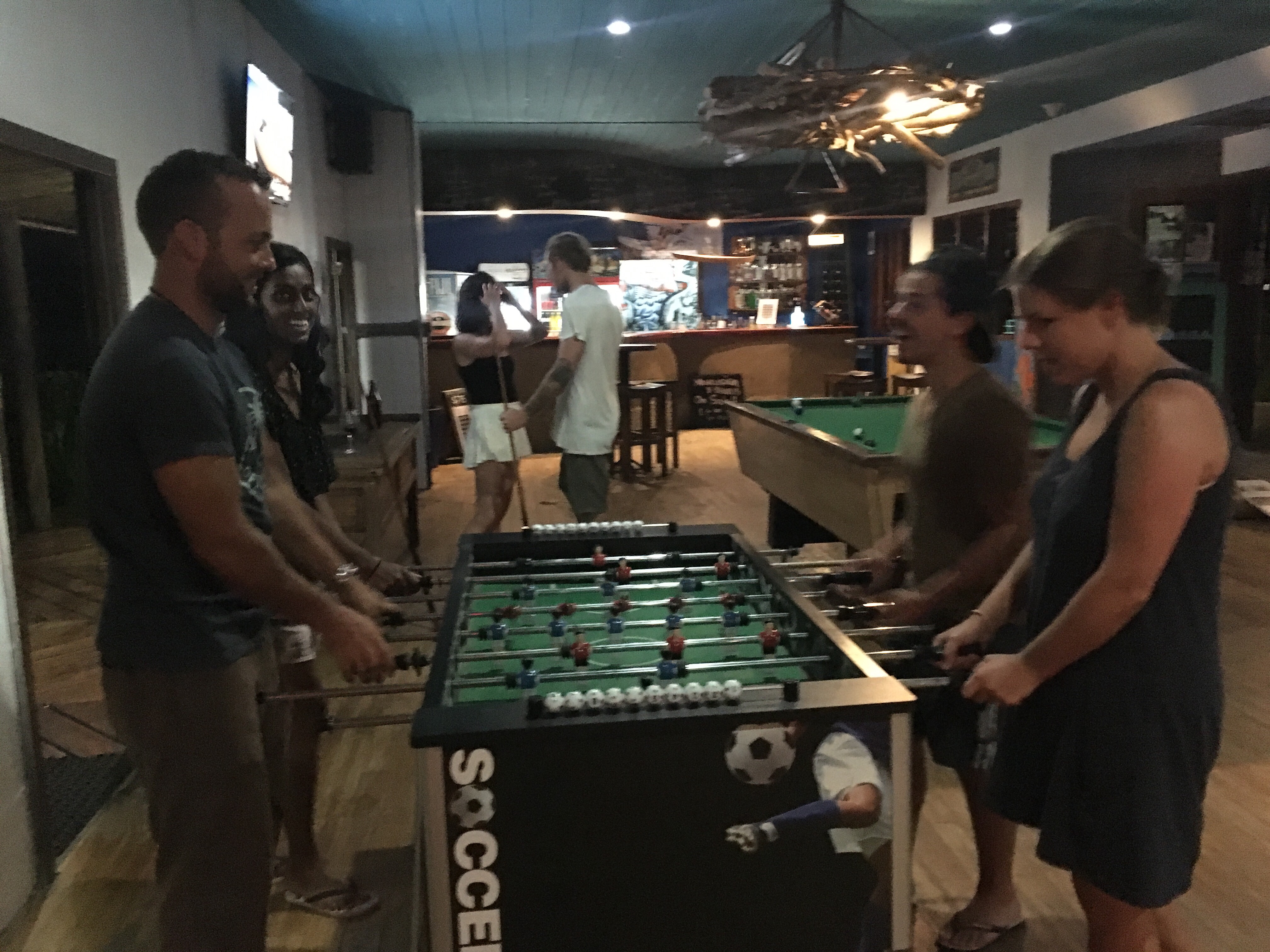 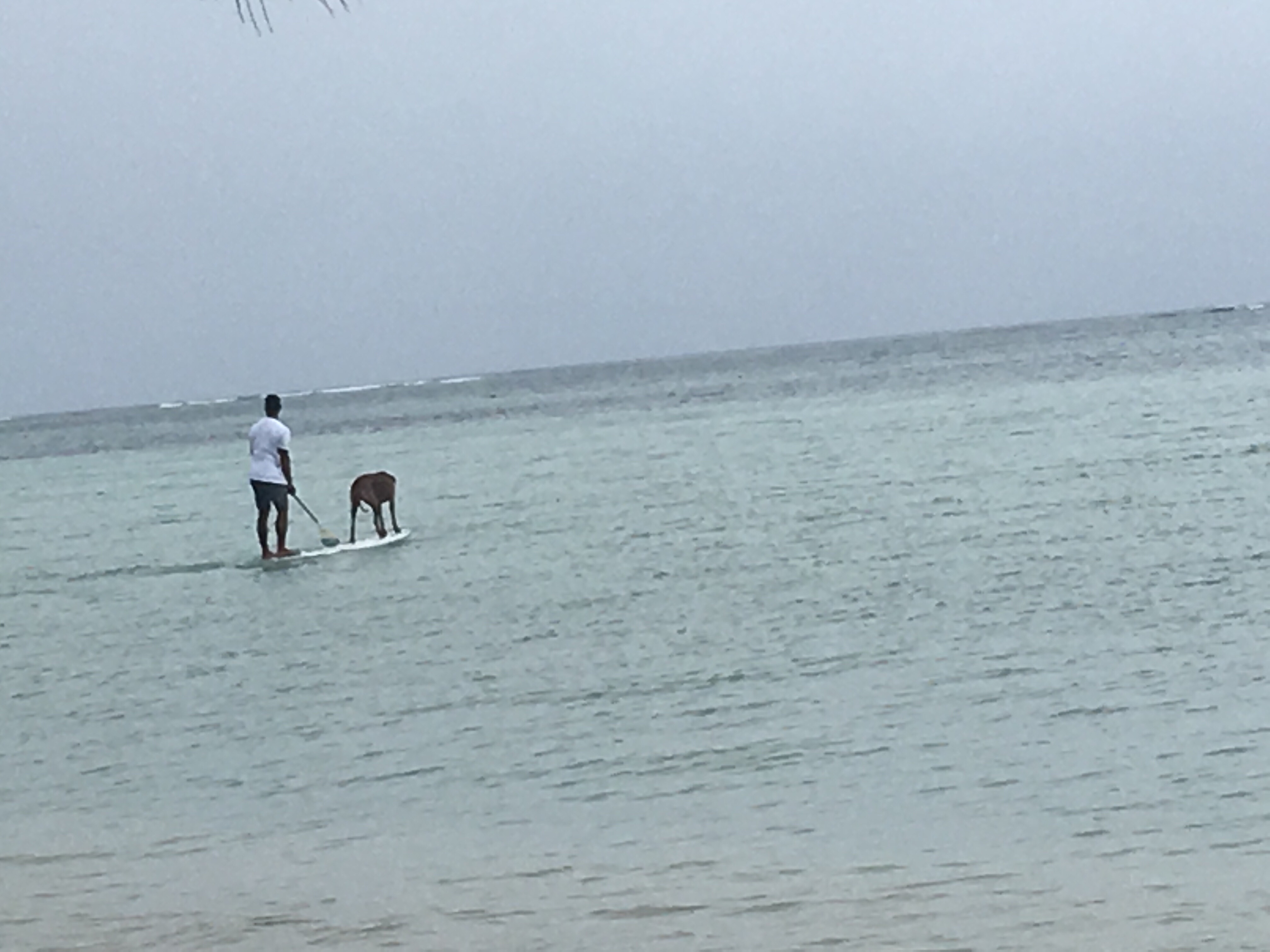 What’s set for sure is that the day starts with yoga , of course it’s optional though, and ends with beer, that’s optional too, but there are always plenty of volunteers.

Whether you choose one or the other, do it in Fiji time. 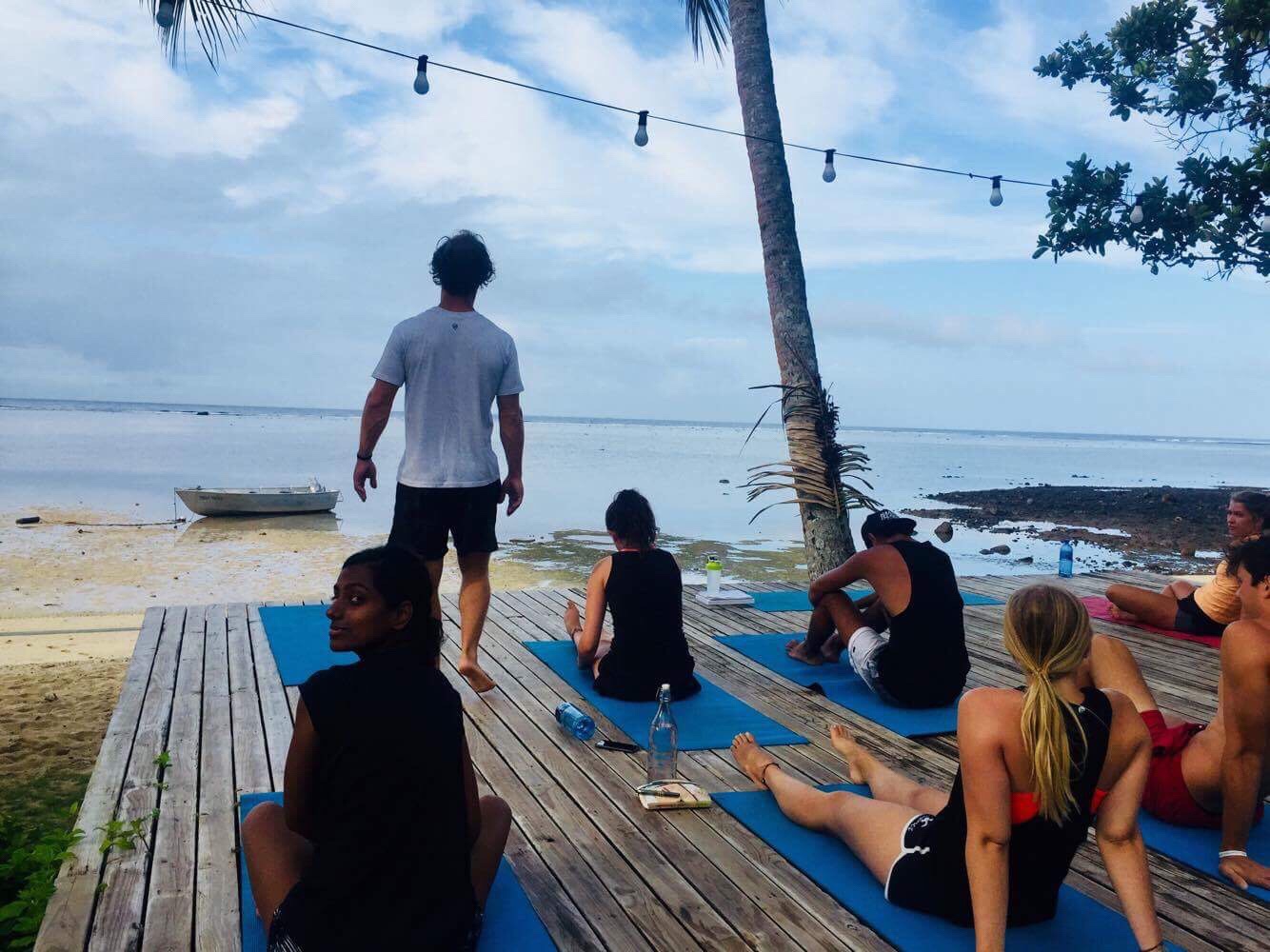 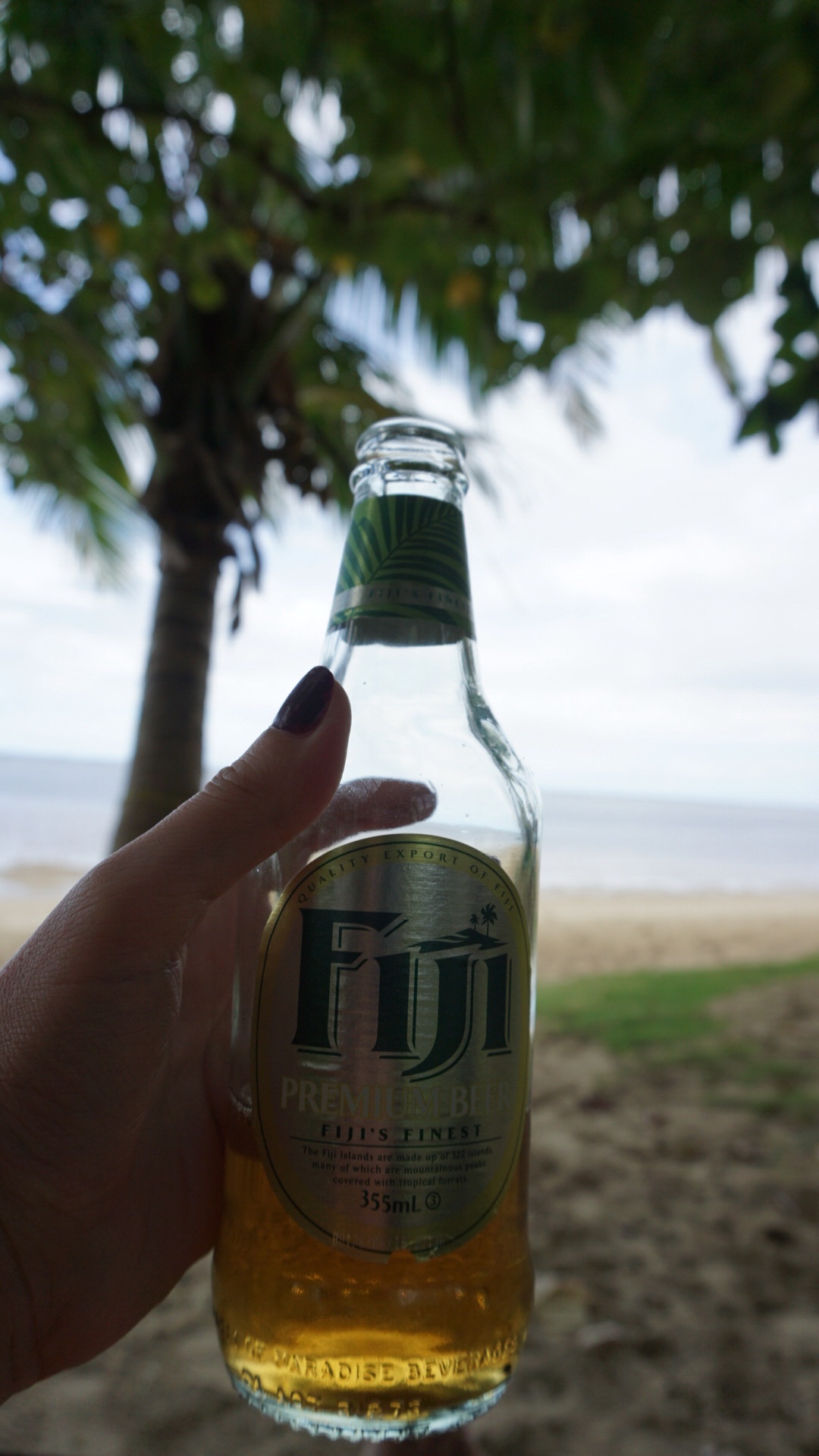