I reached Gili Air by fastboat departing from the little coastal town of Amed. The journey took roughly 40 minutes, however the boat leaves following a not well defined schedule, ticket sellers claiming it could be 9:30 am or 10, in many cases ending up 10:30 or even 11 am. The average ticket price for one way is 300K IDR, which includes a complimentary glass of water on board.

Gili Air is the quiet sister of Gili Trawangan, known as the party island, the favorite of young British backpackers. The third of the Gilis, Gili Meno is the smallest of the three and for strong swimmers it’s reachable in a few minutes  by swimming from Gili Air it’s that close.
As I wasn’t looking for the craziness that Gili T has to offer, nor for total isolation on Gili Meno, the most suitable for my taste sounded to be Gili Air and frankly, as soon as I stepped on land I was convinced I took the right decision by choosing it.
The locals greeted me with friendly smiles and kind nods, offering their services in a generous but not insisting manner. At the harbour horse pulled carriages were available to transport you to your accomodation, those being the only transportation method, apart from the regular scooters and bicycles that you can rent at every step for just a few dollars. 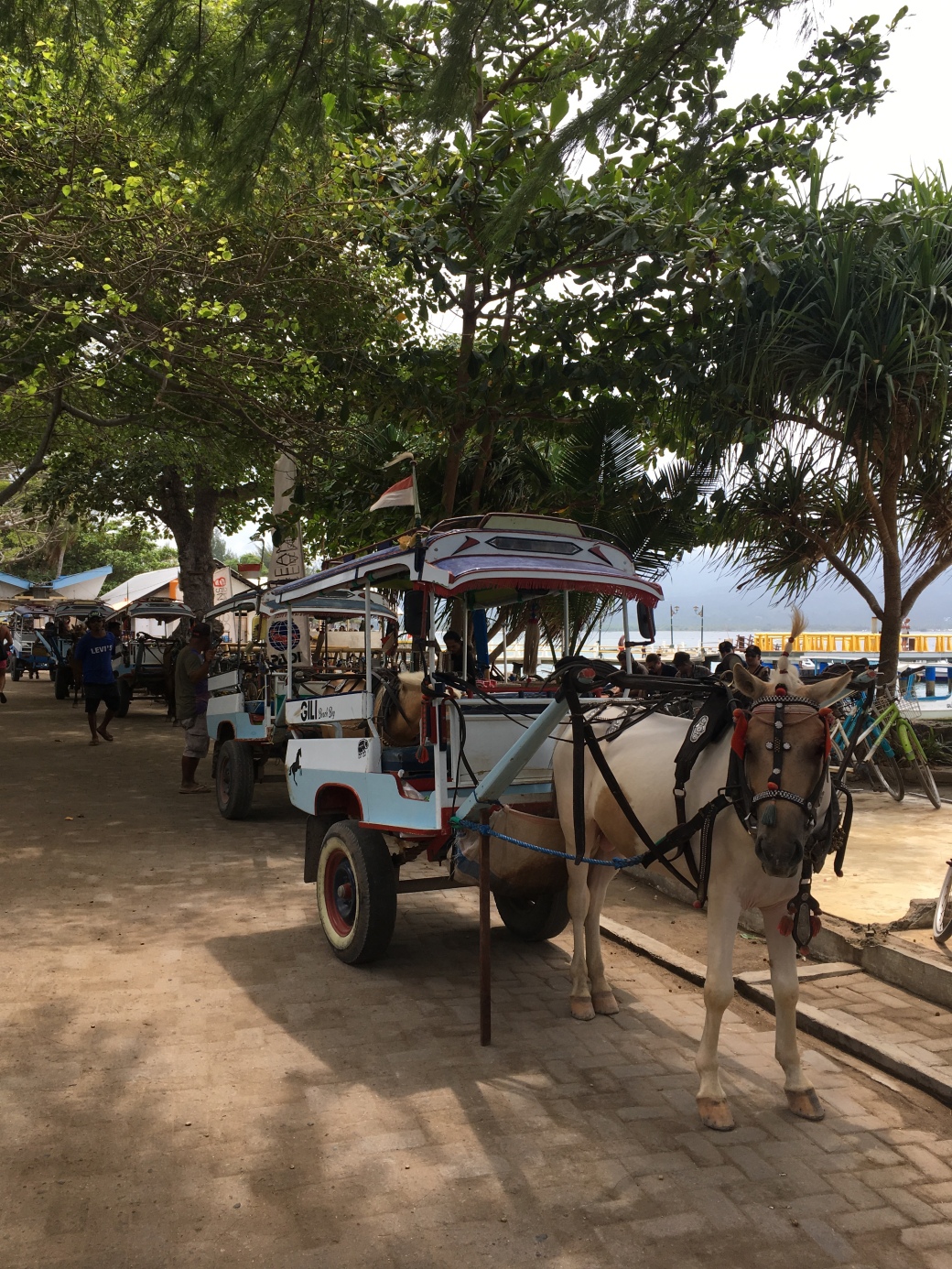 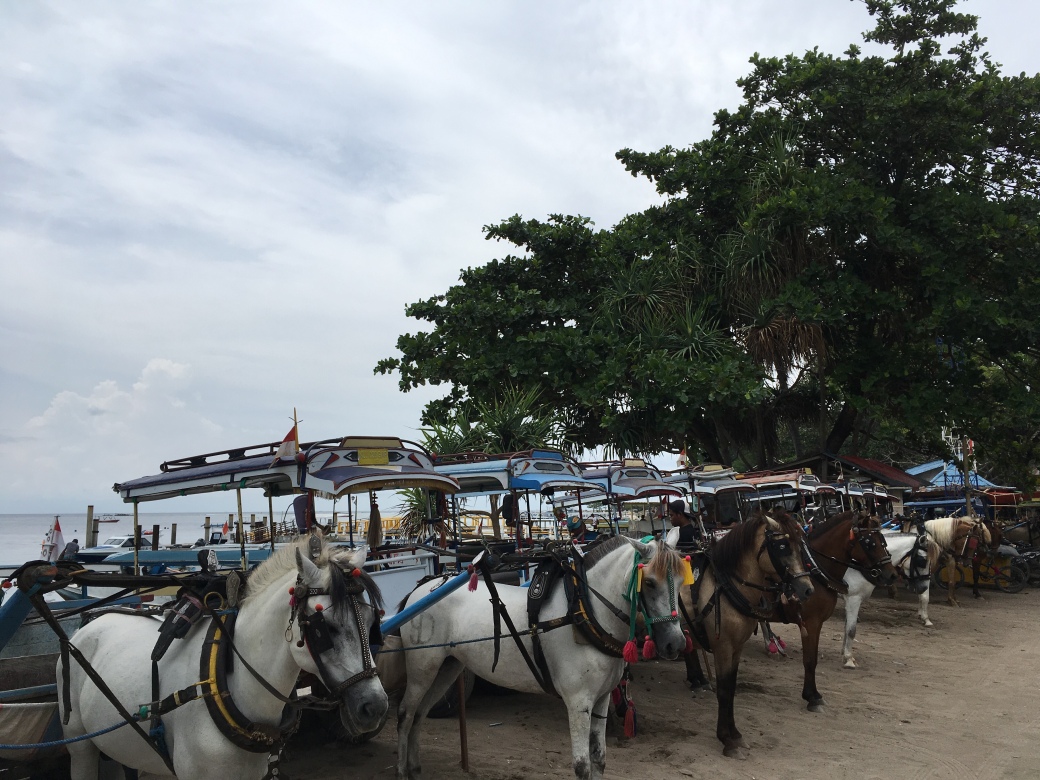 As nothing is far away by walk actually, I made my way to my accomodation by strolling the cute, unsealed roads of the island, passing next to the mosque and other important buildings, such as health clinics and warungs ( aka local restaurants ). Speaking of mosque, the Gili Islands are predominantly Muslim, while Bali is hindu, but the rest of Indonesia is also Muslim. Confusing? It was for me as well, hence I asked some locals and the only logical answer I’ve got was that considering Bali islands geographical localization and the resistance to the new religion at the time, together with the Dutch colonies that preferred hindu over Muslim , the predominant religion on the island remained Balinese hinduism, while the rest of the country adopted a strong Muslim influence.
The small island vibe is pleasant and enjoyable, such a joy watching how simple the locals live and keep the positive outlook over life, even though natural disasters brought challenging times on them on several occasions in the past in forms of tsunamis and earthquakes.

The island is still in recovery after last years distructive tsunami, which Made, the chatty warung owner describes as : “ the scariest event that  I ever witnessed.”
Between the activities specific to the region is snorkeling, stand up paddleboarding and other water sports, but a simple walk all around the island will be very rewarding too. It took me in total two hours to walk around and the best time to do it it’s at sunset, the Gili Islands being famous for magical sunset views.

Plenty of restaurants and beach bars to choose from also, Gili Lumbung in particular serves amazing food and has live music every evening, except Friday. But watch out: whether in the hammock, on the swing or next to a cocktail, chilling on Gili Air becomes addictive after a while, my stay ended up being extended with two nights and I wouldn’t mind returning there .