I must admit the term Vesakha or Wesak didn’t mean anything to me until a few days ago, when I heard about a parade that was going to be happening near my accommodation in Kuala Lumpur.

I started researching online about it to see if it may represent me any interest to participate at all.

I found out that it’s also called Buddha’s birthday, which started to shed light on the topic. It’s a holiday celebrated by Buddhists and some Hindus and it commemorates the birth, enlightenment and death of Buddha. 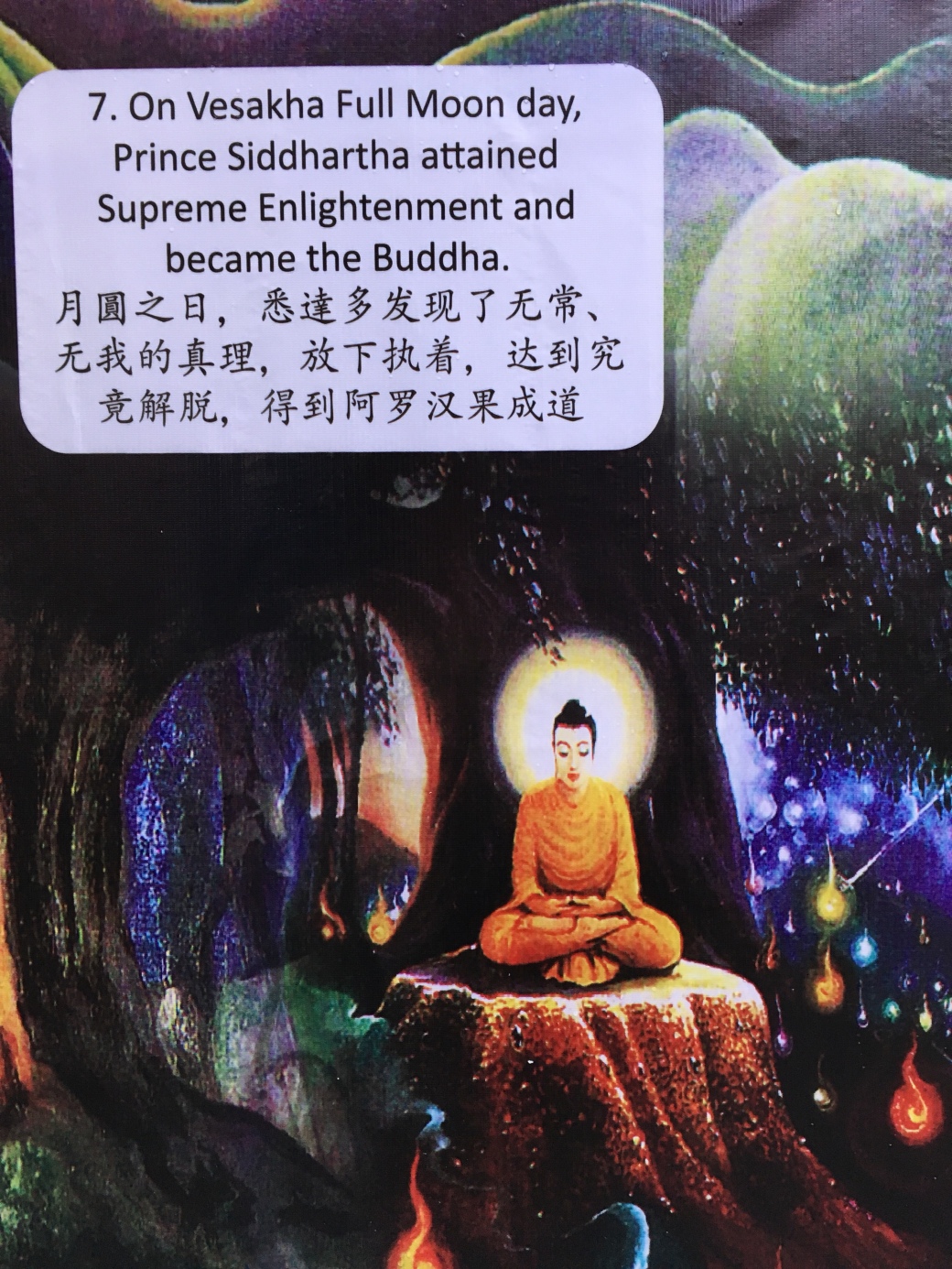 The service started at the Buddhist temple Maha Vihara in Brickfields at 6 pm with meditation.

The streets were decorated as for celebration and lots of people gathered, unfortunately many beggars too.

The first float was carrying a big Buddha statue decorated all around with lots of flowers and in front a little Buddha that was being washed carefully by every single person that lined up for the ritual that represents the purification. 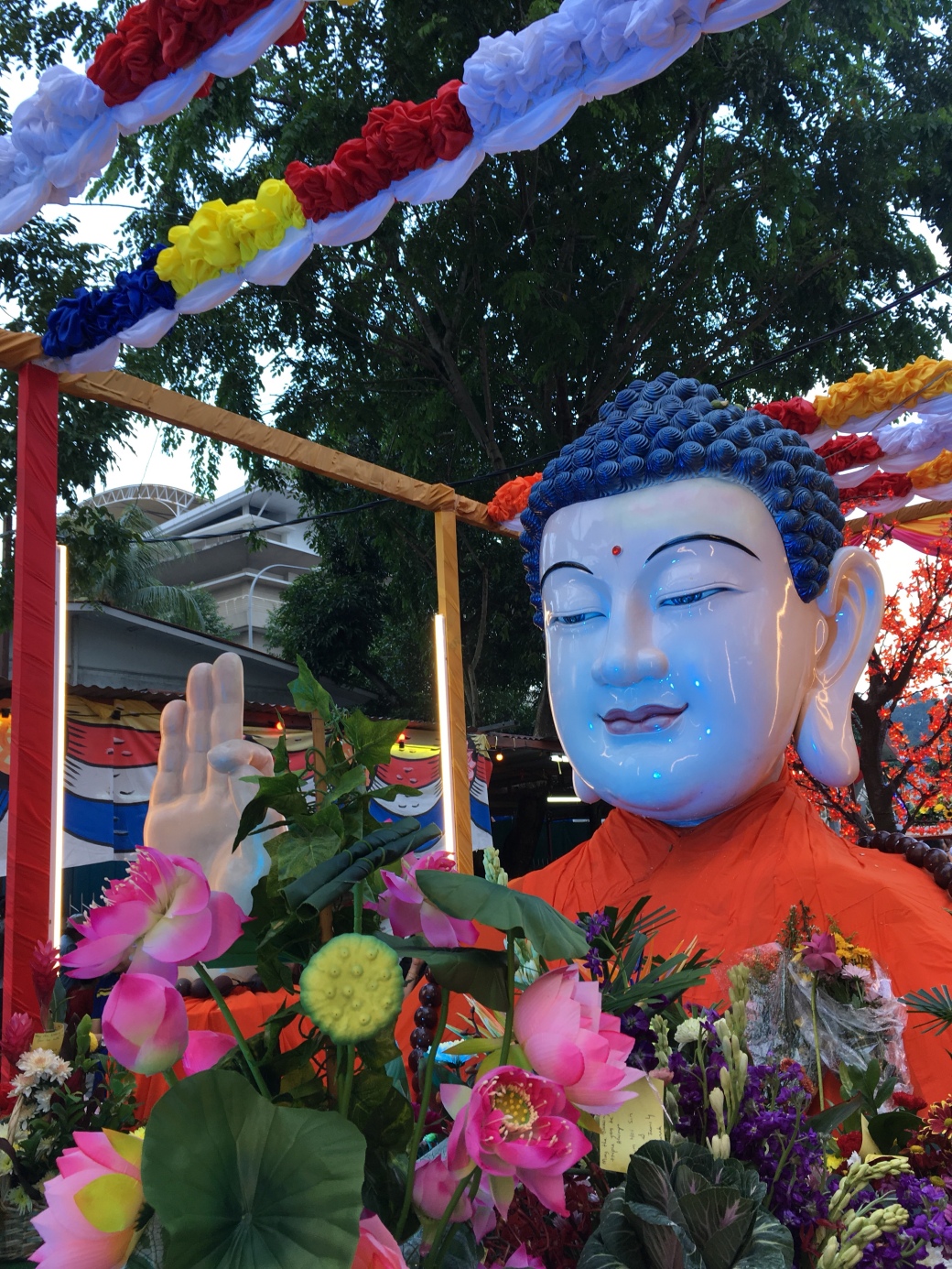 Several other floats followed, each of them carrying a different Buddha in a shiny and flowery set up and most of them having in front the tiny Buddha for the washing procedure . 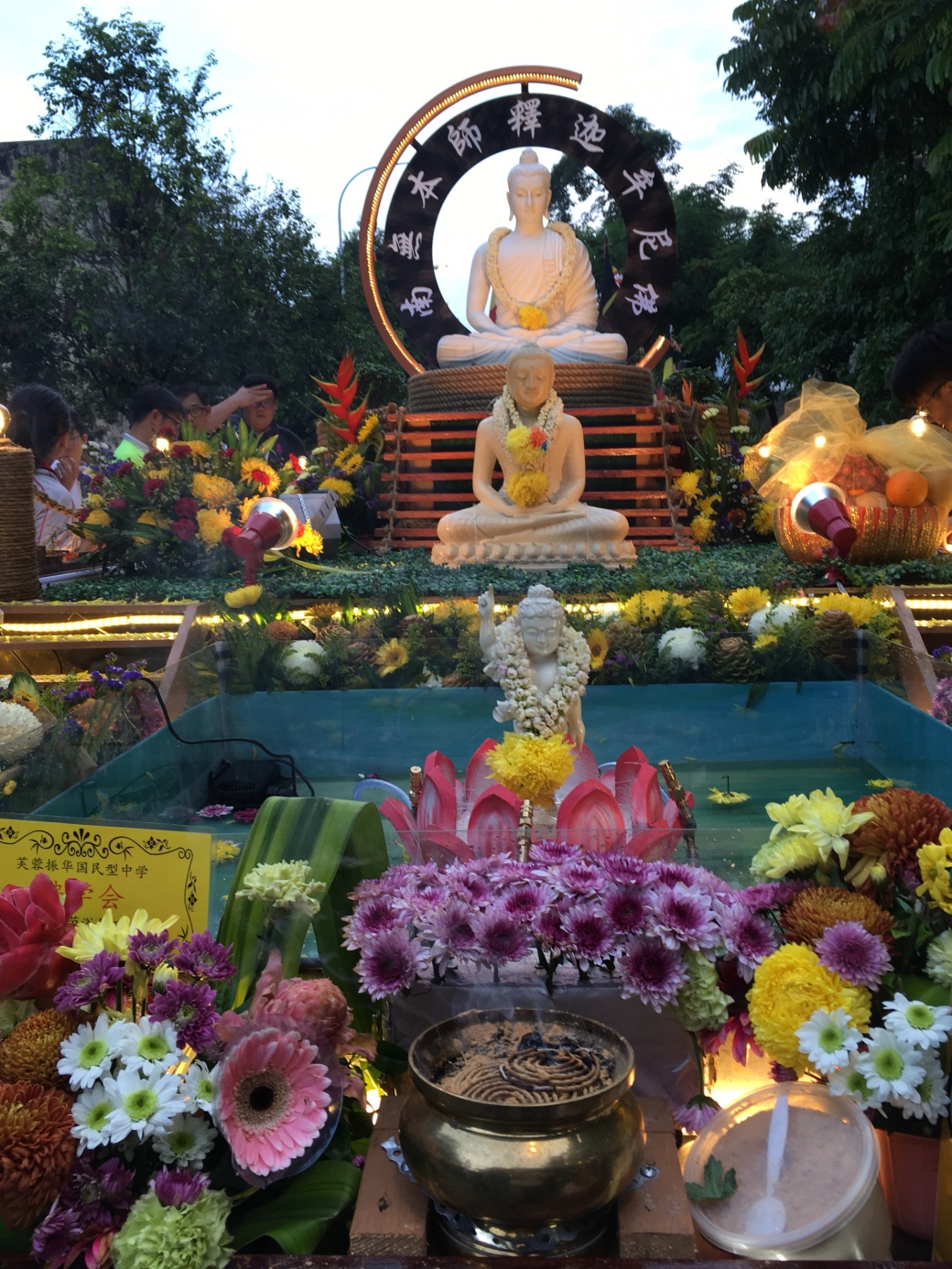 In the honor of Buddha’s teachings, according to which we shall manifest generosity, volunteers were offering free soup, water and a little package that included a candle, a few flowers and some candies.

Ready to join the parade, we lit up our candles and started walking the streets of KL with a feeling of happiness in hearts and smiles on our faces .

The full moon was shining bright from between the skyscrapers during the whole route that ran approximately 12 km and lasted more or less 4 hours, ending at the same place where it started.

For Buddhists a celebration, for locals a day off, for tourists something new , for me another unique Kuala Lumpur memory. 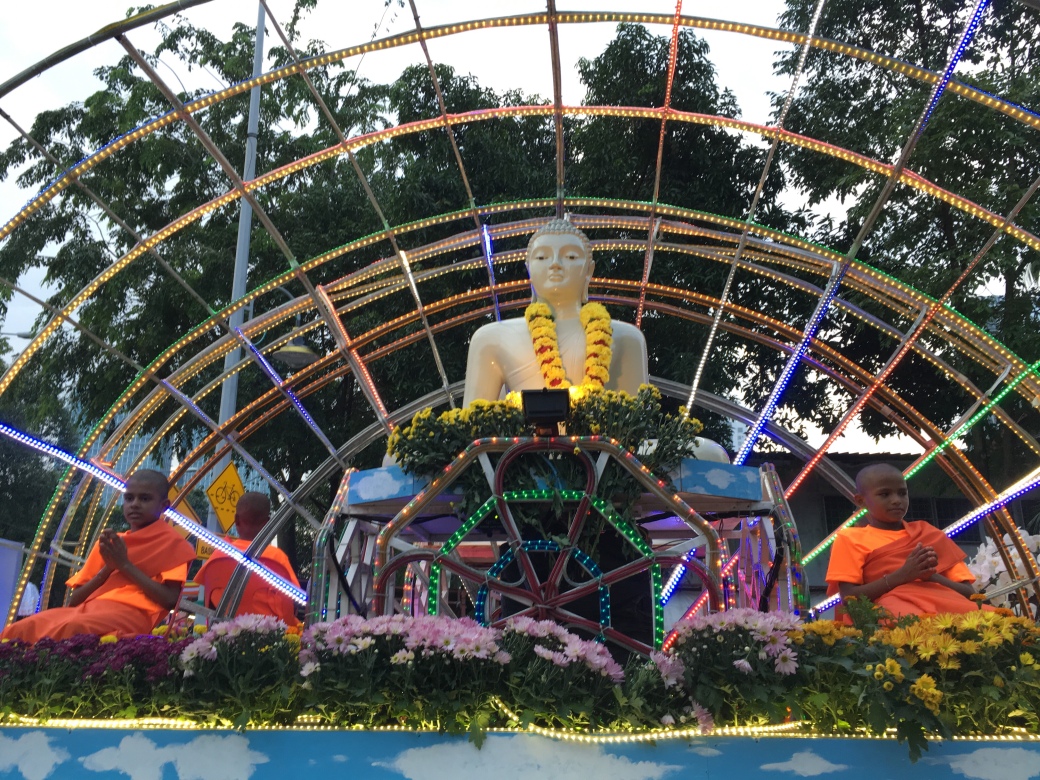